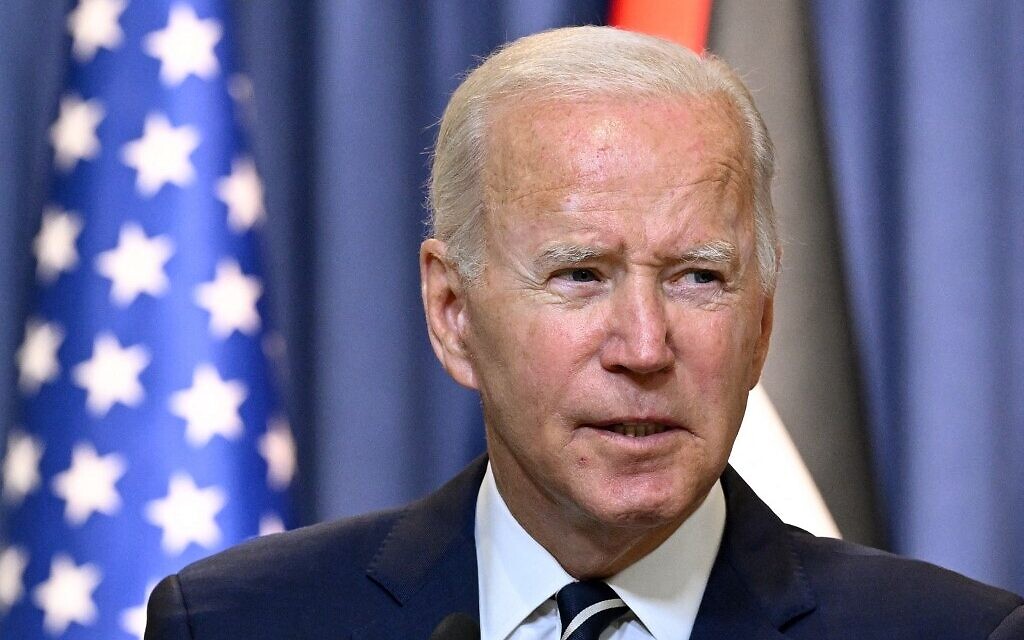 US President Joe Biden calls for a two-state solution “along the pre-1967 lines with mutually agreed swaps” for the first time as president, during a joint news conference with Palestinian Authority President Mahmoud Abbas in Bethlehem. He says this remains “the best way to achieve an equal measure of security, prosperity, freedom and democracy for the Palestinians as well as the Israelis.”

“The Palestinian people deserve a state of their own that’s independent, sovereign, viable and contiguous,” Biden says, in a notable differentiation from the Trump peace proposal, which offered Palestinians only a semi-contiguous state while allowing Israel to hold onto all its settlements. “Two states for two people, both of whom have deep and ancient roots in this land, living side by side in peace and security. Both states fully respecting equal rights of the others’  citizens. Both peoples enjoying equal measures of freedom and dignity.”

In rare comments by a US president regarding the plight of Palestinians, Biden says: “I know the goal of the two states seems so far away while indignities like restrictions on movement and travel or the daily worry of your children’s safety are real and immediate. The Palestinian people are hurting now. You can just feel it… There must be a political horizon.”

Biden says, however, that “the ground is not ripe at this moment to restart peace negotiations” between Israel and the Palestinians, but says his administration will continue to try to foster progress between the two sides.

He says the current warming of ties between Israel and other regional states can be utilized — “we can harness that same momentum to reinvigorate the peace process between the Palestinian people and the Israelis.”

Biden notes that Christians, Muslims and Jews have a deep, intense connection to this land, particularly Jerusalem, a city that “is central to the national vision of both Palestinians and Israelis, to your histories, to your faiths, to your futures.

“Jerusalem must be a city for all its people, its holy sites preserving the status quo,” he says, “with the Hashemite kingdom of Jordan continuing to serve as custodian… We must all be free to practice our faiths in peace, in safety and in dignity.”

Addressing urgent Palestinian needs, Biden announces that the US is allocating “an additional $200 million for the UNRWA” refugee agency, “so it can continue its vital work of helping the most vulnerable Palestinians, especially Palestinian children. Earlier today, he notes, he allocated an extra $100 million for healthcare services via the East Jerusalem Hospital Network.

He says he is also engaging with Israel on ways “to spur greater Palestinian economic growth, including by implementing 4G mobile networks, increasing the supply of renewable energy, improving freedom of movement for Palestinians, both people and goods” — to make life better for Palestinians “right away.”

He adds: “The Palestinian Authority has important work to do as well, if you don’t mind my saying” — “to improve governance, transparency and accountability… and unleash the incredible potential of the Palestinian people.” He urges Abbas to “combat corruption and advance rights and freedoms, improve community services.”

Such work will “help build a society that can support a successful democratic future and a future Palestinian state.

He concludes: “Let’s show young people that the future can be better than it is today.”

Israeli cooking is taking the world by storm. Here’s your chance to join in…

The Times of Israel Community is excited to present our new virtual cooking series, B’Teavon, where world renowned chefs show you how to make classic and modern Israeli dishes.

Learn more Learn more Already a member? Sign in to stop seeing this

We’re really pleased that you’ve read X Times of Israel articles in the past month.

That’s why we started the Times of Israel ten years ago – to provide discerning readers like you with must-read coverage of Israel and the Jewish world.

So now we have a request. Unlike other news outlets, we haven’t put up a paywall. But as the journalism we do is costly, we invite readers for whom The Times of Israel has become important to help support our work by joining The Times of Israel Community.

For as little as $6 a month you can help support our quality journalism while enjoying The Times of Israel AD-FREE, as well as accessing exclusive content available only to Times of Israel Community members.

Thank you,
David Horovitz, Founding Editor of The Times of Israel