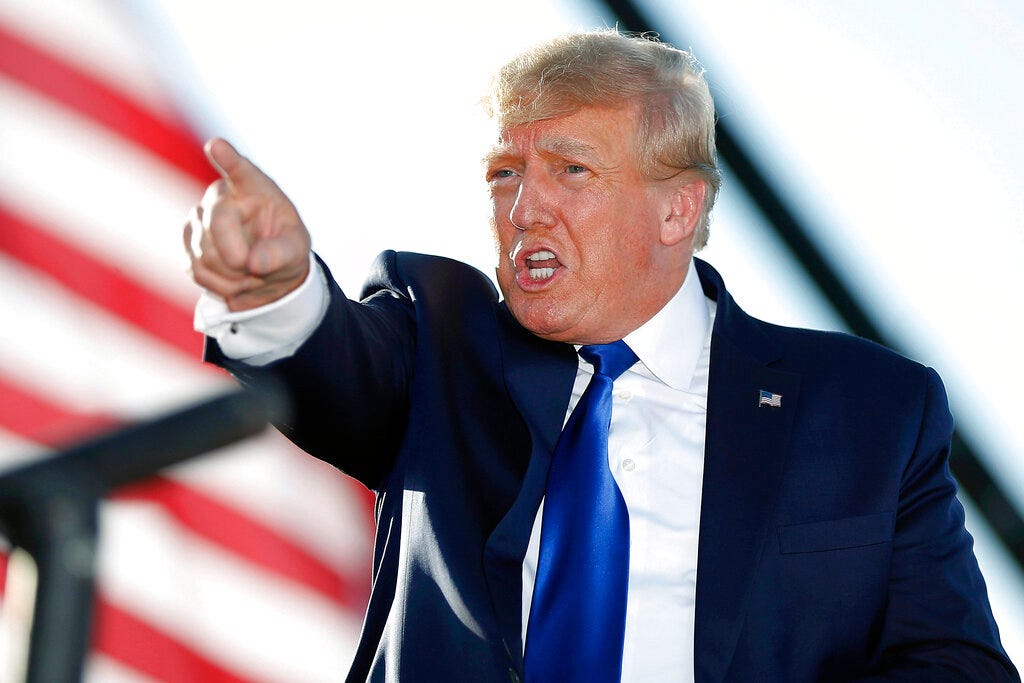 Former President Donald Trump could receive up to 33 years in prison if he is charged and convicted of violating three federal laws following the FBI’s search at his Mar-a-Lago residence, legal experts say.

The former president has not been charged for any of these crimes. But Trump would be in severe legal peril if the Justice Department finds more evidence that he violated those laws, legal experts told Insider.

“The Espionage Act is a very broad statute that has been used in recent years very carefully by the government to cover situations that are egregious,”said Daniel Richman, a former federal prosecutor in the US Attorney’s Office for the Southern District of New York.”The general focus has been to look for something way beyond inappropriate possession of materials and look for some degree of dissemination and knowledge of wrongfulness on the part of the target.”

One legal expert noted that if Trump is charged and convicted of these crimes, the length of his prison sentence would likely depend on the type of evidence presented by prosecutors.

“It would be a question of what the evidence was at the trial that resulted in the conviction plus the whole pre-sentence investigation that precedes sentencing,” said John Q. Barrett, a former associate independent counsel in the Iran-contra investigation.

The Wall Street Journal reported last week that the FBI took 11 sets of classified documents after searching the Mar-a-Lago resort.

But Richman made it clear that just because the FBI conducted a search at Mar-a-Lago doesn’t mean that the Justice Department will formally charge Trump.

“I wouldn’t jump to the conclusion that they’re building a case against them,” he said. “I think one aspect of what’s going on and perhaps the dominant aspect is just the recovery of materials that he was holding was a violation of law.”

The FBI search at Mar-a-Lago comes against the backdrop of several ongoing investigations into the former president.

Fulton County District Attorney Fani Willis is investigating whether Trump and his associates attempted to interfere in the 2020 Georgia elections, and New York Attorney General Letitia James is conducting a civil investigation into Trump’s business practices.

And the House select committee investigating January 6 is examining the role the former president played in the insurrection. The panel has held public hearings this summer to present evidence that Trump potentially violated five federal laws in the lead-up to and aftermath of January 6, including wire fraud, obstructing an official proceeding, witness tampering, conspiracy to defraud the government, and inciting a rebellion.

Drones are becoming more autonomous. Is it better to have a person pull the trigger, or is it OK to let algorithms choose between life and death?