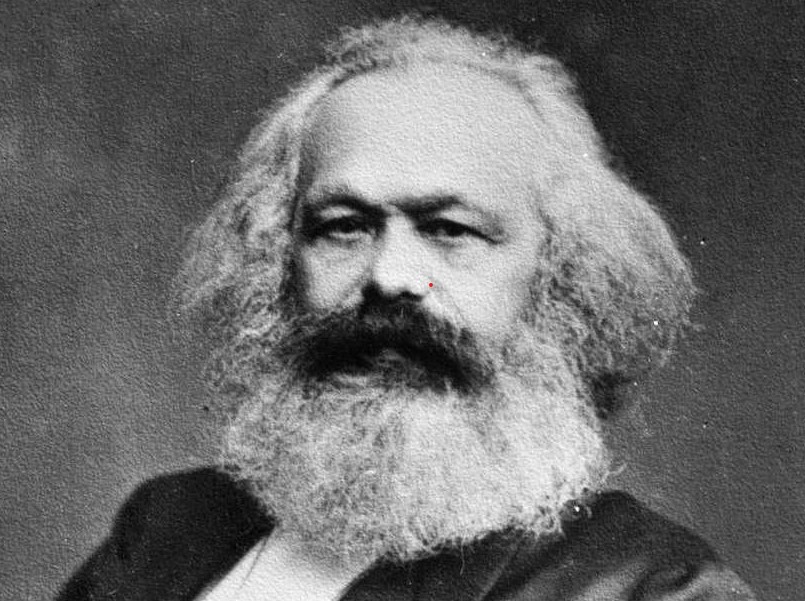 In the special series “The Dark Origins of Communism,” Joshua Philipp, an investigative journalist for The Epoch Times, offers a chilling and eye-opening history of the origins of communism and the horrifying results that followed. The informative program on EpochTV walks viewers through the ideological principles on which communism, Marxism, and socialism are founded and examines how it is necessary for communist messaging to create division and strife in society to achieve its desired goal.

Communism Promises a Utopia, but Delivers a Nightmare

This is seen in the sheer horror that communism has brought to every area of the world it has touched. In the last 100 years, communist regimes have claimed over 100 million to 150 million lives in their pursuit of “progress.” Communism has created societies where power is held by a small group that enslaves entire nations and where killing, reeducation-through-labor camps, censorship, and slavery become part of everyday life.

Communism’s appetite for never-ending destruction and bloodlust is evident in all of its subsequent systems. Although the names of communist organizations change with modern times, history consistently shows us the truth about communism: that although it promises heaven on earth, it instead delivers a living hell. And chaos and horror follow whenever religion, morals, and respect for society are destroyed. Lastly, it shows us that “enlightened” ideas that seek to strip humans of rights endowed by God and replace them with government authority lead solely to oppression and death.

A key goal of communism is to erase pre-existing morals in a society. For this to be done, the government must replace them with their own code of ethics, which is to obey the communist party at the expense of humanity. Under the communist system of dialectical materialism, everything in the universe amounts to “matter in motion,” meaning that individuals are nothing more than a clump of physical cells. The souls, emotions, mental health, and well-being of human beings are not part of the communist equation.

The thought process that communist systems instill in people is inverted. On the surface, communism claims to empower the people so they can be happy. Instead, it disempowers them so they can be subjugated. This is why communism aggressively seeks to destroy spirituality. They must do this because spirituality itself poses a threat to communism. Even the notion of a soul threatens communism because a soul carries an inner moral compass that is uniquely yours. If a person’s moral compass contradicts what communism dictates, that is a threat. Communism does not want people to have convictions. Instead, it wants them to follow orders. Communists lead society to believe that morality, faith, and ethics are wrong, but famine, oppression, and struggle are right—when they serve the party.

Therefore, communism arises after all morals, traditions, beliefs, institutions, hierarchy, and values have been destroyed. Communism convinces people that it intends to bring them happiness, but this happiness can only be achieved after a segment of society is either suppressed or eradicated. Therefore, it provides conditional happiness at the expense of one’s morals.

Russian author Alexander Solzhenitsyn said, “The failings of human consciousness, deprived of its divine dimension, have been a determining factor in all the major crimes of this century.” When faith is destroyed and the foundations of morality are overturned, the government becomes the highest power and the basis of morality.

Destabilize Society Through Division and Strife

The EpochTV series explains that since communists believe progress can only be attained through struggle, they try to fast-track “progress” by engineering struggle. Their formula for doing so is quite simple. Marxist theoretician Georgi Valentinovich Plekhanov wrote in “Dialectic and Logic” in 1928 that the communist dialectic follows three laws: to identify, to contradict, and to “exclude the middle.”

First, they “identify” an issue in society. Then, they “contradict” it by sharpening that issue into two antagonistic extremes. The chosen issue is then polarized and distributed to the media—via state mouthpieces—in a campaign designed to create division and cause struggle. In this campaign, the goal is to “exclude the middle,” meaning there is no tolerance for moderates. In the Soviet Union, Vladimir Lenin categorized all people into two groups: those who supported the communist revolution and those who did not. And those who did not were marked for destruction.

Communists favor extremes, intentionally discounting the often wide variety of moderate viewpoints because they do not serve the communist narrative. Traditional dialectics aim to help people understand truths by exchanging varying ideas and looking at both sides of an issue. Karl Marx’s concept of dialectical materialism, which is at the heart of modern communism, does the opposite. It looks at various topics in society and identifies their polar opposites. It then makes those opposites the communist viewpoint and pushes these viewpoints as being absolute and unquestionable.

In an ideal communist state, the government controls everything—public and private. While modern-day socialists want to divorce themselves from the failed institutions of Nazism and fascism, the truth is that they adopt many of the same interventionist policies and underlying ideas. For socialism to be effective, it must destabilize the existing social order via chaos and violence. It does this by intentionally propping up “crises” and class enemies to blame so that people will be fed up enough to settle for a “new” system—which socialists will ensure is their system.

Religion establishes morals and values that are higher than government. The Constitution of the United States establishes rights that come from God, not the government. Because of these beliefs, both have become the enemies of any tyrant looking to expand power over a society. This EpochTV series shows how every real-world example of communism proves that although communism claims to be “for the people,” that lie only serves to justify its plan of building an all-powerful authoritarian state.

Watch “The Dark Origins of Communism” on Epoch Cinema here.

Views expressed in this article are the opinions of the author and do not necessarily reflect the views of The Epoch Times.