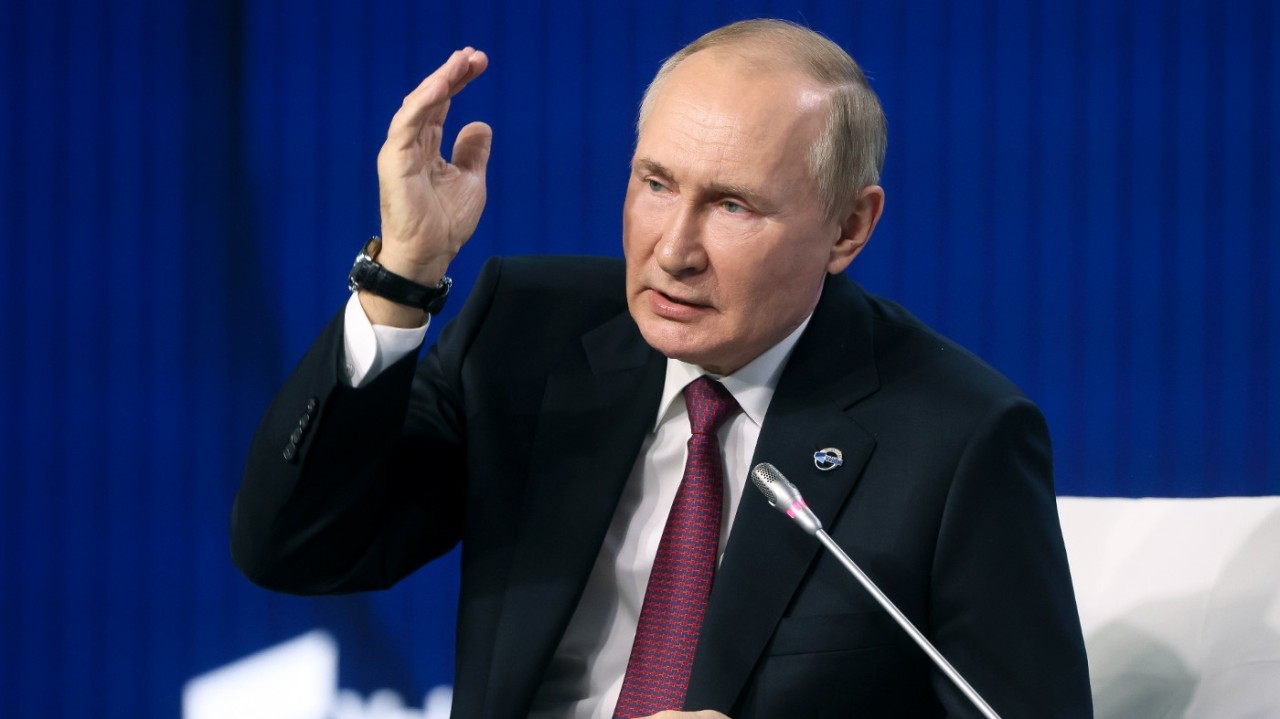 Russian President Vladimir Putin declared jihad against the West in a recent speech delivered at the Valdai Discussion Club in Moscow. In demagoguing his twisted modern-day version of the Atlantic Charter — a “Black Sea Charter,” if you will — Putin laid out his global call for jihad. Its crusade? Simply put, the destruction of “the so-called West,” its cultural and religious values, and what Putin perceives to be Washington’s global unipolar hegemony.

That’s a far cry from where we were in February, when Putin was justifying his “special military operation” in Ukraine. Then, Putin’s primary obsession was Kievan Rus — and the Donbass’ place in it alongside Crimea. The Kremlin, additionally, was also aiming to turn the Black Sea into a Russian lake. Getting battered in Ukraine changed the equation and the excuses.

Jihad, in effect, is Putin’s desperate attempt to change the playing board. He needs to find a new battlefield other than in Ukraine in search of a victory, lest he finds himself falling out a window. Overturning the global world order, in place since the end of World War II, would be one bold way of doing it.

Putin launched his jihad for a new multipolar order during his speech by accusing the West — namely, Washington, London, NATO and the European Union — of playing a “dangerous, bloody and, I would say, dirty [game].” Never mind that it was Russia who invaded Ukraine and it was Kyiv who valiantly fought off a superpower to live and fight another day. Putin’s overarching argument is that “the West made me do it” and that’s why he must continue doing it to save the world.

Yet, in the wake of Russian defeats, first in Kyiv, later in the Donbass and beyond, Putin’s justifications have been ever-changing. Initially, Putin claimed it was solely to rescue the Russian-speaking people of the Donbass. Then, it was to reverse a U.S.-orchestrated coup forcing former Ukrainian President Viktor Yanukovych from power in 2014.

Next, lacking a victory on Victory Day, Putin resorted to claiming the war was about fighting Nazis in Ukraine. That excuse imploded when Putin’s forces were revealed not to be self-proclaimed “Nazi-hunters” but reincarnated Nazis committing war crimes and crimes against humanity at will in Bucha, Kharkiv and even in Azov. Then the excuse was that Ukraine lost the right to sovereignty because, ostensibly, Kyiv fought to defend its sovereignty.

Now it is Satanism.

Pivoting to this latest justification closely ties into Putin’s need to maintain the unwavering support of the Russian Orthodox Church. Not only is its leader, Patriarch Kirill I, providing “spiritual cover” for his war in Ukraine, the church itself is arguably the “core” of Putin’s domestic support.

Satanism is also Putin’s means to an end of simultaneously declaring jihad throughout Christendom and among Islamic extremists.

During his speech, Putin kept hammering on the theme of a decadent, immoral West and pitted it as a collective culture undermining the values of the Muslim world. Indeed, he claimed, it is one that is intent on destroying the Muslim world — and its values — as evidenced by U.S. military actions in Syria, Afghanistan, and Iraq.

Putin’s pairing of Russian Christendom and extremist Islam in this new jihad against the West is not without precedent. It is rooted in his earliest interactions with Syria and its president, Bashar al-Assad. The Russian Orthodox Church, “a key unifier” in Russia and “central to his grip on power” has fully embraced Putin as “the savior of the Christian world.” Two holy sites significant to the church and Russian history are located in Syria: Maaloula, one of the remaining few cities that still speaks Aramaic — the language of Jesus — and Palmyra.

Palmyra is noteworthy because Catherine the Great idolized Zenobia, the “3rd-century queen of Palmyra,” and Catherine modeled her 18th-century court in St. Petersburg after the Syrian city. Notably, St. Petersburg is still referred to as “the Palmyra of the North.” Czarist history matters to Putin. He uses it to justify wars and land grabs.

Assad helped seal the arranged marriage between the Russian Orthodox Church and fundamentalist Islam, declaring in 2015 that Putin was “the only defender of Christian civilization one could rely on.” The seeds of Putin’s future jihad were planted — and cultivated with the blood of Russian soldiers dying in Syria. Assad’s payoff? Russian intervention on his behalf — and salvation — in the ongoing Syrian civil war.

Putin’s jihad and fight against Satanism is also directly aimed at Iran’s arch-conservative religious regime, as well as Afghanistan where Moscow is actively “recruiting Afghan commandos” to fight in Ukraine. But Putin’s jihad against the West is far broader than just the Middle East.

The Russian dictator is also aiming at Asian and African countries to peel them off from supporting Western sanctions. During his speech, he played all kinds of cards: colonialism, imperialism, racism, religious discrimination; the U.S. nuclear strikes on Hiroshima and Nagasaki in WWII. He ignored, of course, Russia’s historical sins and the mortal sins that Putin’s soldiers commit daily in Ukraine.

Strikingly, in a direct threat to U.S. national security, Putin is targeting factions in the West to join in global jihad against Washington. He argues that the West has lost its way and Russia is now the only true standard-bearer for classical liberalism that is being lost to “Western cancel culture.”

Delusional? Yes. But also, revealing. Putin is out of ideas on how to win. First, he weaponized energy and winter. Then he went about weaponizing WMD and nuclear bluffing, including dangerously using the nuclear power plant at Zaporizhzhia as a “Nuclear Force Z.” Now, with this speech at Valdai, Putin is attempting to weaponize the entire global order as we know it by calling for jihad.

Violent rhetoric is making America a dangerous place For the love of evidence: Time to record space

Putin’s “Mother Russia” of all jihads will not work. Chinese President Xi Jinping isn’t interested in a Mussolini-type sideshow. Nor is NATO intimidated. Ukraine is on the offensive — and rarely do countries sign on to a losing cause. Even an attack from Belarus on Kyiv to start the jihad wouldn’t change the ultimate outcome. Putin is likely finished in Ukraine and in Moscow — as is Putinism. Russia just isn’t willing to admit it yet or see it through. Putin’s call for jihad will soon devolve into Putin’s final lament.

Mark Toth is a retired economist, historian and entrepreneur who has worked in banking, insurance, publishing and global commerce. He is a former board member of the World Trade Center, St. Louis, and has lived in U.S. diplomatic and military communities around the world, including London, Tel Aviv, Augsburg and Nagoya. Follow him on Twitter @MCTothSTL.

Jonathan Sweet, a retired Army colonel, served 30 years as a military intelligence officer. His background includes tours of duty with the 101st Airborne Division and the Intelligence and Security Command. He led the U.S. European Command Intelligence Engagement Division from 2012-14, working with NATO partners in the Black Sea and Baltics. Follow him on Twitter @JESweet2022.