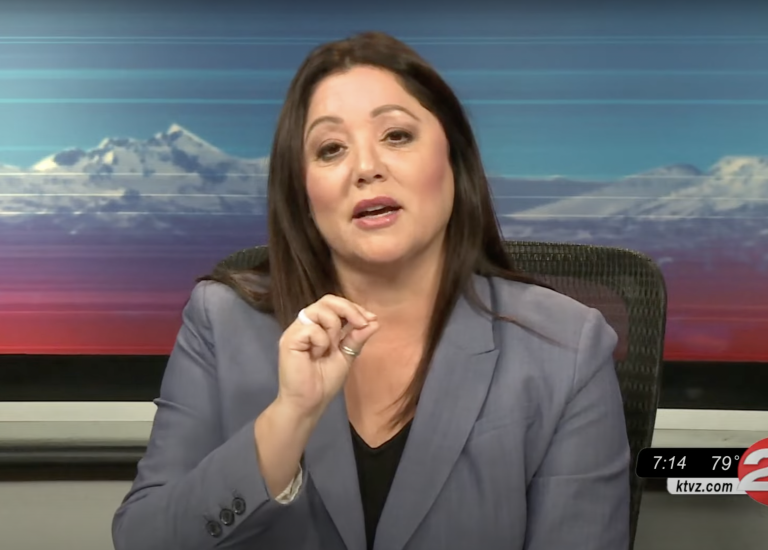 Republican Lori Chavez-DeRemer flipped a long-held Democratic seat in Oregon, putting the GOP one step closer to a majority in the House of Representatives.

Chavez-DeRemer beat Democrat Jamie McLeod-Skinner in Oregon’s Fifth Congressional District by 2 points, the Associated Press reported Sunday. Chavez-DeRemer, a former mayor of Happy Valley, Ore., will be the first Republican woman to represent Oregon in the House. McLeod-Skinner, a radical leftist, had expressed support for the Green New Deal and Medicare for All.

“As mayor of Happy Valley, I was proud of my bipartisan track record, and it was critical to approach every issue through a non-partisan lens,” Chavez-DeRemer said in a statement. “That is exactly what I promise to do as your next Congresswoman. This is a historic victory for Oregon, but the work starts now.”

Chavez-DeRemer’s victory was a bright spot in a disappointing election for Republicans, who had hoped to secure major gains in the House. With 11 races left to call, a Republican House majority may come down to just a few seats. Republicans notched big wins in New York, where the party’s tough-on-crime messaging helped topple four Democrats, including Democratic Congressional Campaign Committee chairman Sean Patrick Maloney.

The Republican ran as a moderate and frequently criticized her Democratic opponent as a radical who would permit reckless government spending and high levels of crime. She referred to McLeod-Skinner, who was a city council member for eight years in Santa Clara, Calif., as “an out of touch San Francisco politician pretending to be an Oregonian.”

McLeod-Skinner ousted seven-term representative Kurt Schrader (D.) during the May primary. She dodged the progressive label during the general election, even after receiving endorsements from the Congressional Progressive Caucus PAC and Progressive Democrats of America.

McLeod-Skinner conceded the race on Sunday. She lost her first run for Congress in 2018 against Republican Greg Walden in Oregon’s second district.

Schrader predicted in June that McLeod-Skinner’s decision to run to his left—along with a change in the district’s boundaries—would hand Chavez-DeRemer the victory. The newly drawn district wraps around liberal enclaves in Portland, Salem, and Bend while retaining mostly conservative rural counties.

“I think people are exhausted with the extreme, far-right Trumpites,” Schrader told a Portland-based ABC affiliate. “I think they’re very concerned about the socialist drift on the Democrat left.”

Jim Moore, a politics professor at Pacific University, told the Washington Free Beacon that Schrader’s refusal to throw his support behind McLeod-Skinner doomed her candidacy in the purple district. He also noted that Oregonians viewed Chavez-DeRemer as less extreme than her opponent.