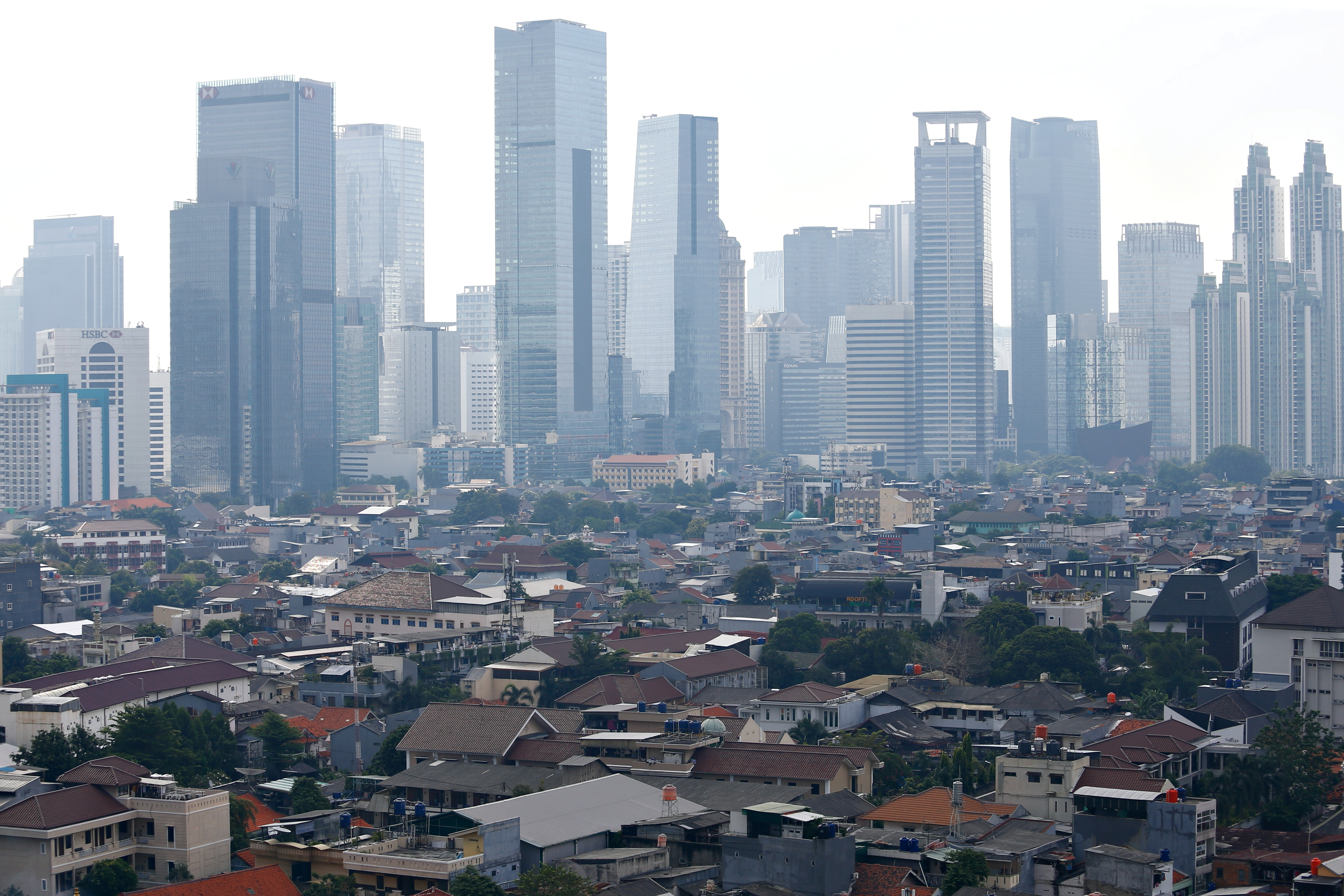 A general view of business buildings as smog covers the capital city of Jakarta, Indonesia, May 19, 2021. REUTERS/Ajeng Dinar Ulfiana

A coalition of countries will mobilise $20 billion of public and private finance to help Indonesia shut coal power plants and bring forward the sector’s peak emissions date by seven years to 2030, the United States, Japan and partners announced on Tuesday.

The Indonesia Just Energy Transition Partnership (JETP), more than a year in the making, “is probably the single largest climate finance transaction or partnership ever”, a U.S. Treasury official told reporters.

The Indonesia JETP is based on last year’s $8.5 billion initiative to help South Africa more quickly decarbonise its power sector that was launched at COP26 in Glasgow by the United States, Britain and European Union.

To access the programme’s $20 billion worth of grants and concessional loans over a three- to five-year period, Indonesia has committed to capping power sector emissions at 290 million tonnes by 2030 – and with a peak that same year. The public and private sectors have pledged about half of the funds each.

Indonesia also has set a goal to reach net-zero emissions in its power sector by 2050, a full decade before its current target set in its national climate plan, and to double the pace of renewable energy deployment so that it accounts for at least 34% of all power generation by 2030.

The Treasury official said that the peak power emissions for Indonesia in 2030 under the plan would be at a level 25% lower than their currently estimated peak in 2037. Indonesia’s annual emissions reduction over those years would be larger than Britain’s annual power sector emissions, the official said.

The plan will eliminate 300 million tons of greenhouse gas emissions through 2030 and a reduction of well over 2 billion tonnes through 2060, the partners said in their statement.

“Indonesia is committed to using our energy transition to
achieve a green economy and drive sustainable development,” Indonesian President Joko Widodo said in a statement.

“This partnership will generate valuable lessons for the global community and can be replicated in other countries to help meet our shared climate goals,” he added.

The United States and Japan are co-leading the effort with Indonesia on behalf of the other G7 democracies Britain, Canada, France, Germany Italy, as well as partners Norway, Denmark and the European Union.

On Monday, Japan announced it would help Indonesia transition away from coal power through public and private institutions, including the state-affiliated Japan Bank for International Cooperation (JBIC).

The U.S. officials said that public finance would include concessional lending and equity, as well as some grants.

The United States will work with Indonesia to map out a 90-day plan to set up a secretariat to run the initiative and for Indonesia to reform its policies, such as streamlining permitting and setting up a competitive procurement process to make the targets achievable.

South Africa this month said the scale of funding it requires to phase out its coal was much higher than the funding mobilized through its JETP mechanism.

The State Department official said it had learned some lessons and had engaged local partners from the outset to “move as fast as possible”.