As an ecologist, the most frequent question I get asked is: Can nature really help in the fight against climate change? The short answer is yes. Conserving and revitalizing nature can contribute up to one-third of our climate goals.

However, my concern is that the question is framed backwards. Because for me, one of the main goals of climate action is to revitalize nature. But when carbon capture becomes the only motivation for promoting nature, the consequences can be dangerous for both.

In nature, long-term carbon capture only happens as a by-product of healthy biodiversity.

As an early career researcher, one of my favorite studies involved two fungi fighting for space in a petri-dish. In many cases, one fungus defeated its opponent and the system collapsed. However, when we introduced a third species, it often fought with the dominant competitor, allowing the weaker species to survive. It’s a rock-paper-scissors system (where the enemy of my enemy is my friend), and when we introduced a fourth, fifth, and sixth fungus, the chances of finding these competitive loops increased. The more species we included, the greater the chances that all species survived.

This “intransitive competition” is one of countless ecological mechanisms by which diversity begets diversity in natural systems. Biodiversity is the infinite network of interactions that gives rise to healthy nature, where every species needs other species survive.

That includes humans, too. We couldn’t breathe the air that existed on this planet before complex life formed. All of the food, water, medicines, textiles, and timber that we use can ultimately be traced back to nature. As Executive Director of Nature Finance Simon Zadek explains, 100% of the economy is 100 % dependent on nature. Nature is the inspiration and wonder that underpins every culture. And yes, natural ecosystems also trap trillions of tonnes of carbon for millions of years.

The problem is that we have built markets that valued certain parts of nature more highly than others. Historically, these have been the parts that we can use for things like food, medicines, timber, and textiles. As a result, we’ve extracted and propagated these parts of biodiversity at massive scales into a patchwork of monocultures that we grow at the expense of everything else.

This development facilitated the growth of the human population. However, the loss of complex biodiversity has also contributed to most of the global threats facing humanity, including food insecurity, global pandemics, and climate change. In a speech for the Charles Sauriol environmental dinner in 2006, Margaret Atwood likened humanity to King Midas, turning everything that he touched into gold, before eventually starving. The more we value an abstraction of nature, the more we jeopardize our own survival.

With growing fear around climate change, we are now in danger of doing exactly the same thing, by building markets to promote the capture of carbon in natural systems. If carbon becomes the part of nature that we value most, then people are incentivized to plant monocultures of fast-growing trees (or farms of carbon), which grow at the expense of everything else. Unfortunately, this is what we see happening in many parts of the world. The U.N. estimates that almost half of planted forests around the world are monoculture carbon farms that are devastating to local biodiversity and the people who depend on it.

On top of this, the fear around using trees for carbon capture is that it can be a distraction from efforts to decarbonize because some companies see tree planting as a way to compensate for their emissions. This year, the top 20 oil and gas companies announced plans to spend $930 billion in new fossil fuel developments by 2030. No amount of natural ‘offsetting’ could ever compensate for the carbon emissions that will result.

This is why countless media articles have published titles like “Trees are overrated” and “Planting new forests can do more harm than good.” These controversies are why Greenpeace and other environmental NGOs have called for an end to nature based solutions, and why all references to nature-based solutions were scrubbed from the Glasgow Climate Pact of COP 26 in 2021. Confidence in nature-based solutions remains low, which continues to limit investments into nature.

But trees and nature are not the problem. The problem is our misuse of them, which stems from the same issue we have always had: Financial systems that value any single part of nature (carbon or any single ecosystem service) over others will always risk incentivizing the oversimplification of biodiversity.

Fixing this problem does not mean stopping investments into nature. It means changing our perspectives so that we do not value one part of nature over all others. Instead, we need economic systems that value the full complexity of nature and the human wellbeing.

The single key to success of conservation and restoration initiatives is when healthy biodiversity becomes the economically viable option for local communities. If you explore the thousands of conservation and restoration projects across the global in the Restor.eco platform, this becomes immediately clear. When projects focus primarily on biodiversity and human wellbeing, then successful initiatives will capture carbon in the long-term as a by-product.

For many communities, balancing this equation is possible as the promotion of biodiversity can enhance the value of natural products, even within the existing market structures. This happens when the protection of native plant species promotes the productivity of agroforestry systems, or when the conservation of native ecosystems allows sustainable ecotourism. But for the many others, existing market systems simply do not do enough to value of complex biodiversity.

For that reason, I am excited by the emergence of financial systems that are explicitly designed to value and promote healthy biodiversity. Economies around the world, including Australia, the E.U., the U.K., Ecuador, Gabon, the Maldives, and Canada are developing financial systems to reward land owners for promoting healthy biodiversity. With countless mechanisms emerging, recent analyses suggest that, globally, the value of new business opportunities in this sector are estimated to be as high as $4.5 trillion per year by 2030, of which $730 billion relates directly to the protection and restoration of ecosystems. With the idea of “Nature Positive” gaining political momentum, governments and companies can be further incentivized to set targets around healthy biodiversity and human wellbeing, in addition to their “net zero” carbon emissions goals.

The immense potential of biodiversity markets also comes with significant risks. These markets will fail if they generate a false sense of equivalence between different parts of nature, or enable investors to offset their damage in non-comparable ecosystems. But from an ecological perspective, it is critical that we learn from the failures of the past, and avoid the temptation to value any abstractions of nature above the rest of the ecological system.

For the first time ever, ecologists across the globe now have access to data about the genetic, species and structural complexity of ecosystems across the globe. Governance and regulatory systems must be built to capitalize on this emerging wealth of ecological knowledge to promote the health and complexity of biodiversity. If these systems can re-distribute the wealth of nature more equitably to the people that are most dependent on it, then they have the potential to be transformative.

We have over-simplified our planet. For a sustainable future, we need to bring back bio-complexity. Achieving this at a global scale can have long-term benefits for carbon capture, but more importantly it will enhance the sustainability of life on Earth.

Healthy nature is not just a tool in the fight against climate change. It is a reason that we want to address it in the first place, because it is the essence of life on Earth.

MSNBC Films presents “From Devil’s Breath” from Academy Award® winning director Orlando Von Einsiedel and producer Leonardo DiCaprio. The film, part of the documentary series “The Turning Point,” executive produced by Trevor Noah and co-produced by TIME Studios, zeroes in on a devastating wildfire in Portugal in 2017, is now streaming on Peacock. 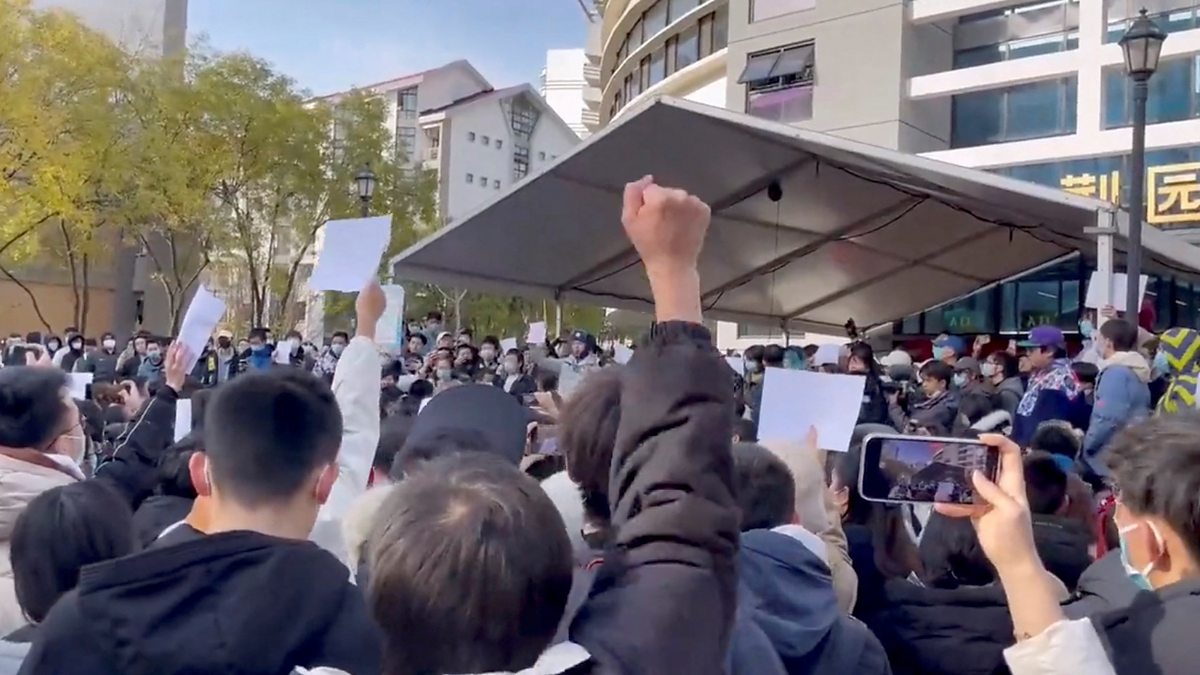