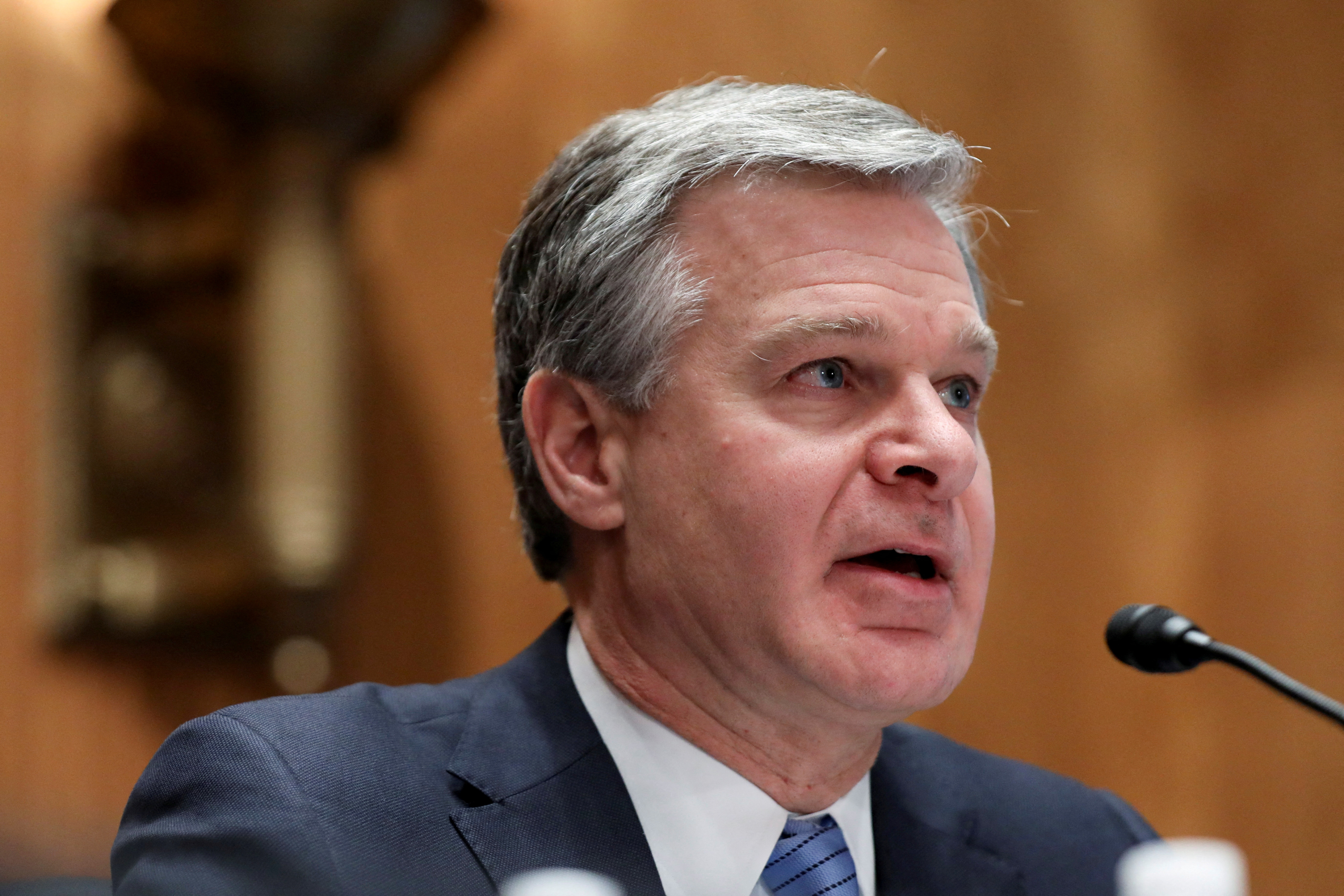 China on Friday pushed back on claims it was operating ‘police stations’ on U.S. soil, calling the sites volunteer-run, after the FBI director said he was “very concerned” about unauthorized stations that have been linked to Beijing’s influence operations.

Safeguard Defenders, a Europe-based human rights organization, published a report in September revealing the presence of dozens of Chinese police “service stations” in major cities around the world, including New York.

FBI Director Christopher Wray told a Senate hearing on Thursday that it was “outrageous” that the Chinese government would attempt to set up a police presence in the United States, saying it “violates sovereignty and circumvents standard judicial and law enforcement cooperation processes.”

China’s Embassy in Washington acknowledged the existence of volunteer-run sites in the United States, but said they were not “police stations” or “police service centers.”

“They assist overseas Chinese nationals who need help in accessing the online service platform to get their driving licenses renewed and receive physical check-ups for that purpose,” Embassy spokesman Liu Pengyu said in an email to Reuters on Friday.

“They are not police personnel from China. The U.S. side should stop the groundless hyping of this issue,” Liu said.

The Embassy did not respond immediately to a Reuters request for a list of the sites. The FBI declined to comment beyond Wray’s remarks.

Earlier this month, China’s foreign ministry said the same about sites in the Netherlands after the Dutch government ordered their closure amid a probe into their activities. Members of the British parliament have also called for investigations into similar sites.

Republicans in the U.S. Congress, including Representative Jim Banks, have requested answers from the Biden administration about the operations of the sites.

Rights activists say the sites are an extension of Beijing’s efforts to pressure some Chinese nationals or their relatives abroad to return to China to face criminal charges, and have tied them to activities of China’s United Front Work Department, a Chinese Communist Party body charged with spreading its influence and propaganda overseas.

Mark Clifford, president of the Committee for Freedom in Hong Kong Foundation, said such stations needed to be “stopped in their tracks.”

“By allowing the CCP to operate these types of institutions in their countries, international governments are complicit in Beijing’s actions,” Clifford said.