Listen to this article
2022-11-21T22:26:49Z
A sports utility vehicle crashed into an Apple retail store near Boston on Monday morning, killing one person and sending at least 16 others to the hospital, authorities said.

A sports utility vehicle crashed through the front window of an Apple retail store near Boston on Monday before coming to rest at the rear of the showroom, leaving at least one person dead and 16 hospitalized, authorities and local media said.

The black SUV was traveling at an undetermined speed when it plowed into the store in Hingham, Massachusetts, and struck “multiple people,” Plymouth District Attorney Timothy Cruz said at a press conference.

Sixteen people were sent to hospitals with “traumatic injuries,” he said, and a criminal investigation was underway.

The male driver is currently with police officers, Cruz said. Authorities have not released his name, said if he was injured, or given any more detail as to the cause of the incident.

After crashing through the window within an hour of the store’s opening, the 2019 Toyota 4Runner came to rest at the back of the outlet and the driver was extricated from the wreckage, Boston’s WCVB-TV reported.

“You’d have to really be picking up speed to end up in the storage area at the back side of the Apple store,” Frank O’Brien, who was visiting the shopping center, told The Patriot Ledger newspaper.

Aerial footage of the scene showed the shattered window of the store, located in an outdoor mall about 15 miles (24 km)south of downtown Boston. Emergency personnel could be seen tending to injured people on the sidewalk.

The victim who died at the scene was identified as Kevin Bradley, 65, of New Jersey, Cruz said in a news release.

Apple, which said the company was “devastated” by the incident, described Bradley in a statement as “a professional who was onsite supporting recent construction” at the location. 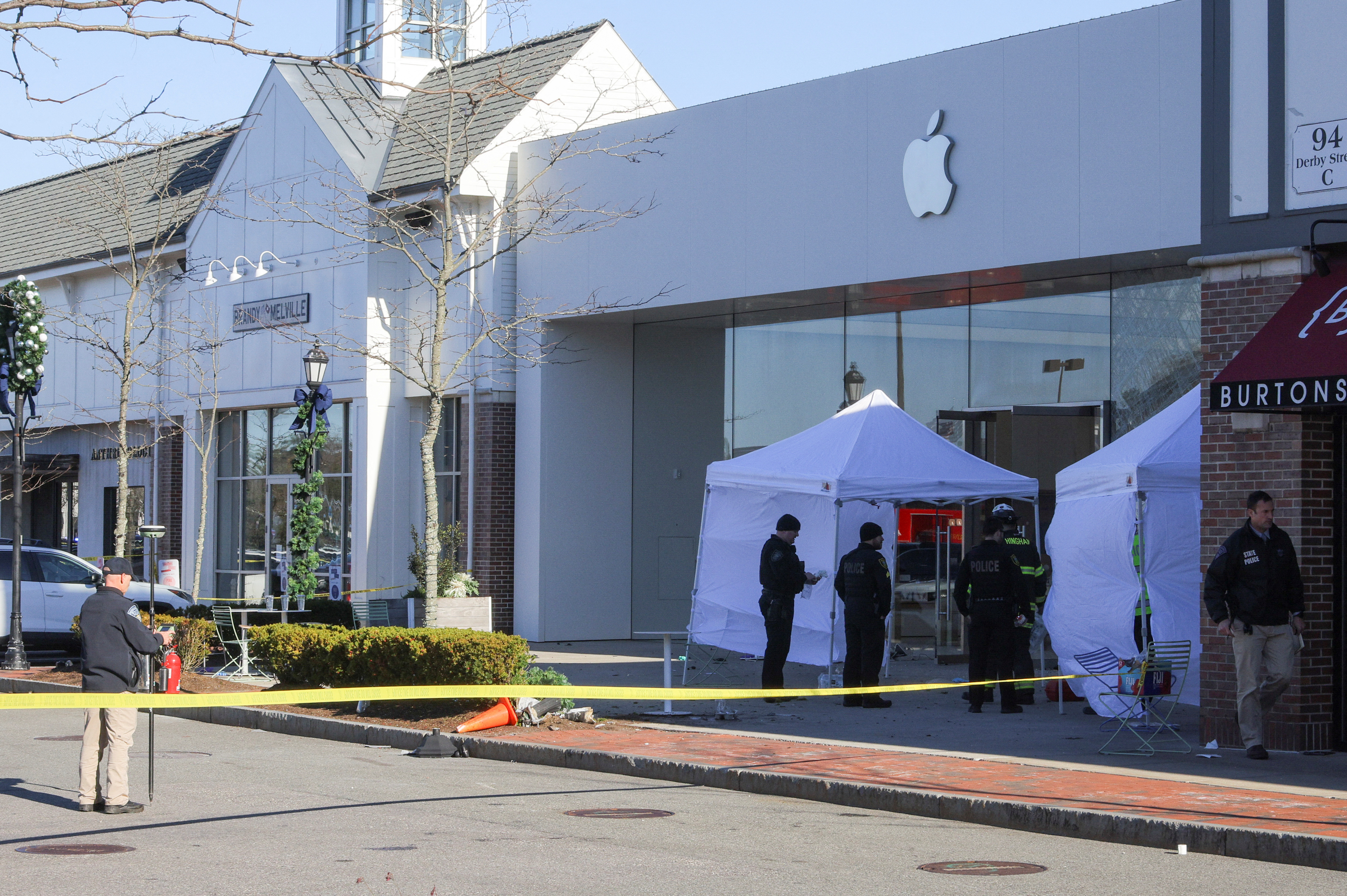 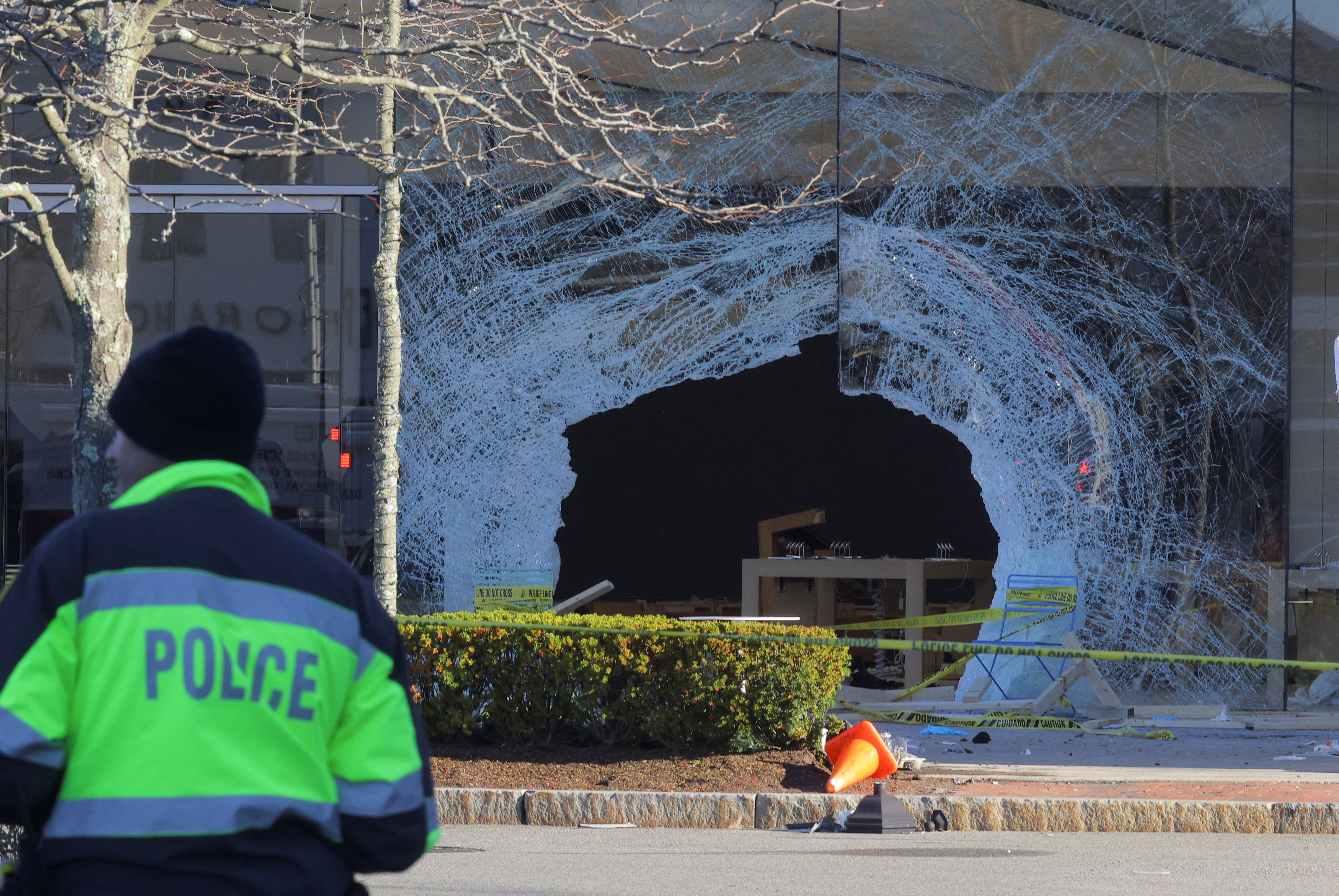 A view shows the crash site as emergency services personnel attend the scene after a vehicle crashed into an Apple store in Hingham, Massachusetts, U.S. November 21, 2022. REUTERS/Brian Snyder