When U.S. officials first floated the idea of capping Russian oil export prices in response to a planned European embargo in March, they pledged to squeeze revenues to Russia’s war machine, while avoiding a devastating oil price spike.

But keeping Russian oil on the market and global prices low soon became the bigger priority as oil prices jumped, people familiar with the mechanism’s evolution and energy analysts said.

The $60-per-barrel price limit on seaborne crude imposed by G7 democracies and Australia on Monday bears that out, lining up with current market prices.

Analysts said the cap will have little immediate impact on the oil revenues that Moscow is currently earning. Russia said on Monday the cap would not hurt the financing of its “special military operation” in Ukraine.

The price cap is “an unhappy compromise that will do very little to cut Russia’s oil revenue” from current levels, said Ben Cahill, an energy security expert at the Center for Strategic and International Studies in Washington.

“I really think that the U.S. Treasury’s main objective was to defuse the EU shipping, insurance and services bans that are part of the sanctions on Russian oil exports,” Cahill said.

Russia’s Urals blend crude for delivery to Europe was quoted at an average price $55.97 on Tuesday, below the cap and down from $61.35 on Sunday.

The benchmark Brent crude price slid to its lowest since January on Tuesday at below $80, extending a downward trend as growing concerns about global demand offset any bullish effects from the price cap on Russian oil sales.

Officials at the U.S. Treasury, the driving force behind the G7 price cap, sought to evenly weigh reducing Russia’s revenues and maintaining supply, though market pricing influenced this at times, a senior Treasury official told Reuters.

“There have been times when Brent has fluctuated an enormous amount over the past eight months, where we were worried about one over the other, but in general, we’ve created these to be the twin goals that have equal importance.”

The official said the price cap is “institutionalizing” current market discounts, arguing that plans for the cap were responsible for oil price declines over the past several months.

At the current price cap level, Russia would earn oil export revenues of about $10 billion to $15 billion a month, said Bob Yawger, director of energy futures at Mizuho in New York.

That is far lower than over $21 billion a month Moscow earned in June, according to an estimate from the International Energy Agency (IEA), as Brent topped $120.

At current oil price cap levels, Russia is earning about the same as it did before talk of a Ukraine invasion started driving prices up. Russia earned about $15 billion in June and July 2021, before Russian troop buildups near Ukraine.

The $60 price cap level was agreed on Friday after fierce debate. Poland, Lithuania and Estonia argued that European Union countries should make the cap as low as $30, closer to Russia’s production cost, after an initial proposal of $65-70.

As crude prices have fallen, the language surrounding the price cap from U.S. officials has evolved from “reducing” Russia’s revenues, to “limiting” future cash flow.

U.S. Deputy Treasury Secretary Wally Adeyemo told the Reuters NEXT conference in New York on Thursday that the cap “will lead to Russia earning less revenue going forward and having less money to invest in conducting the war.”

“The key thing to remember is that we’re starting at $60 but we have the ability to…further use the price cap to constrain Russia’s revenues over time,” Adeyemo said.

In July, Adeyemo said the goal was to eliminate the “risk premium,” or price increase that Russia had introduced into the

oil market with its invasion of Ukraine, to give Moscow less money to “pay for their war machine.”

If Moscow makes good on threats to curtail production rather than sell oil to countries observing the cap, prices could shoot higher, and that is where it could get tricky for the United States and G7 allies.

U.S. officials “want to avoid that at all costs,” said Mizuho’s Yawger, adding that this could mean that “suddenly support for Ukraine starts to dry up.”

Internal Treasury estimates around that time had showed that global crude prices could exceed $150 with the EU embargo in place and no mitigating measures.

And with the IEA predicting that oil markets could lose 3 million Russian barrels per day if the most stringent EU sanctions were imposed, Barclays and Rystad Energy warned that oil could hit $200.

Treasury’s “true motivation after March has been primarily to preserve Russian flows in the face of EU sanctions, which they don’t think were a good idea,” said a source briefed on Biden administration discussions.

“They believed if there was an oil price spike, not only will it hurt us economically and politically, but it’ll damage Western support for Ukraine,” in its fight against Russia’s military.

As the G7 formed the plan, India and China have snapped up heavily discounted Russian oil, and are expected to continue big purchases outside the price cap, moves endorsed by Treasury Secretary Janet Yellen. 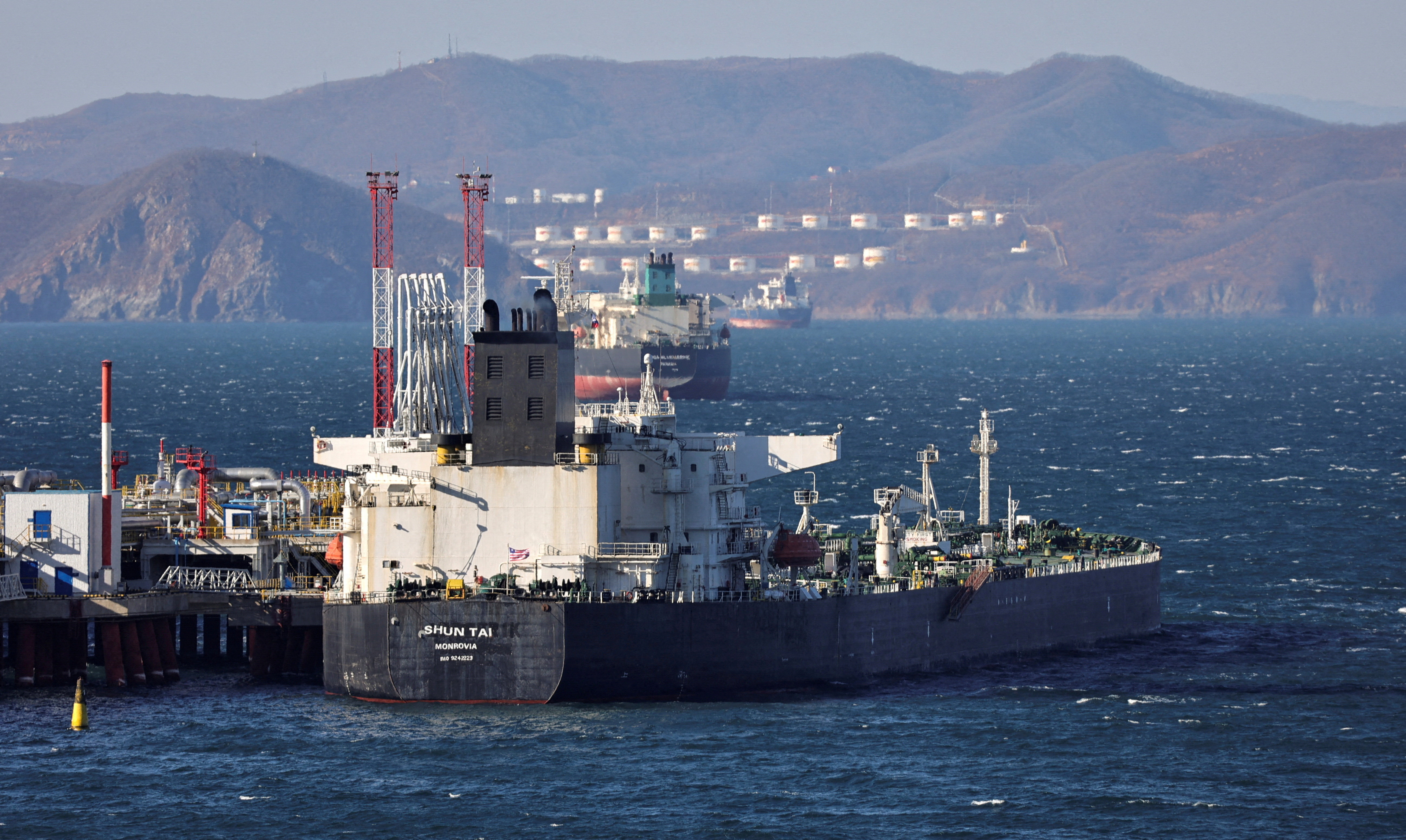 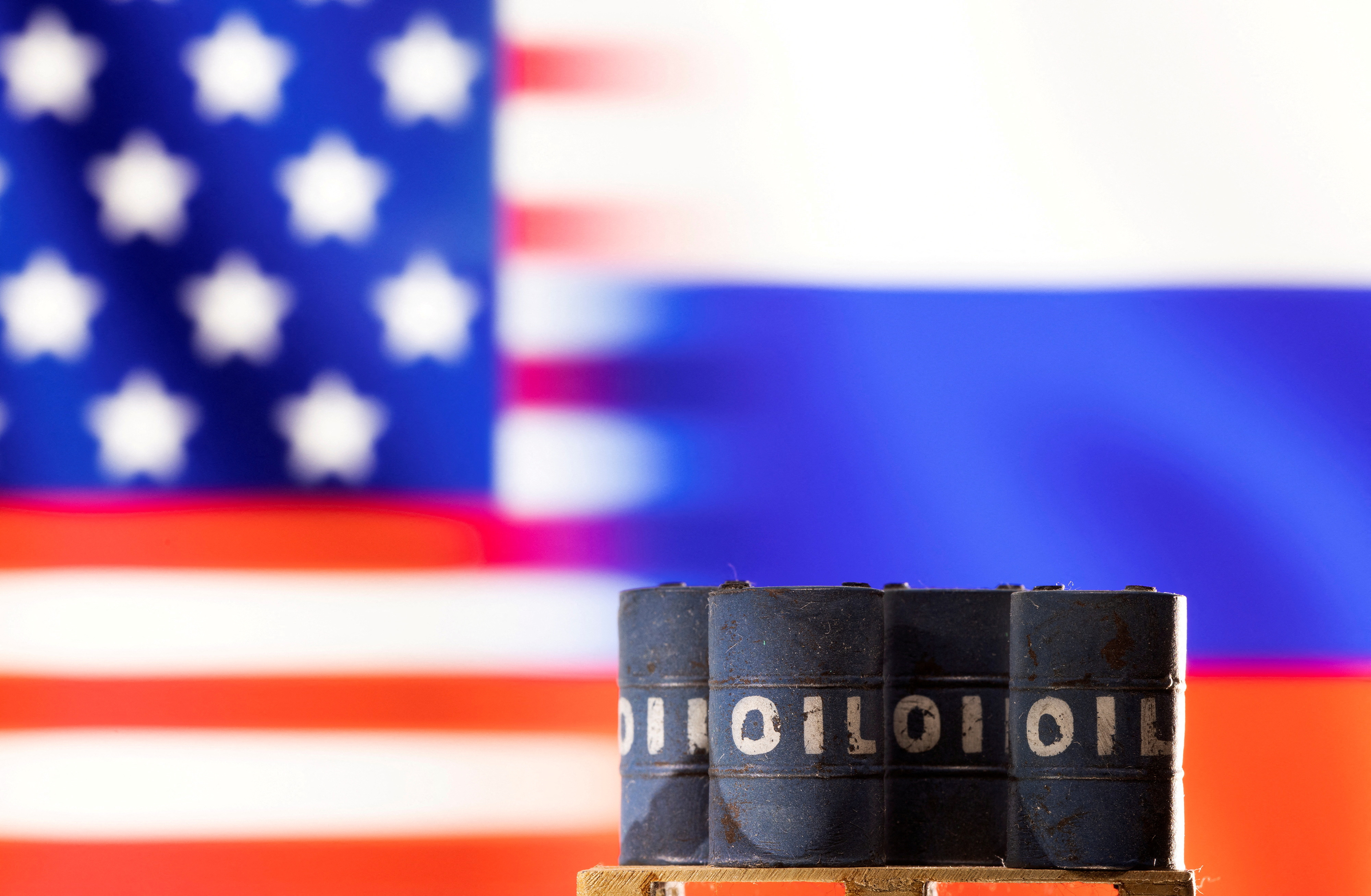