A third Russian airfield was set ablaze by a drone strike, a day after Ukraine demonstrated an apparent new ability to penetrate hundreds of kilometres into Russia with attacks on two air bases.

Officials in the Russian city of Kursk, around 90 km (60 miles) north of the Ukraine border, released pictures of black smoke above an airfield after the latest strike on Tuesday. The governor said an oil storage tank had gone up in flames, but there were no casualties.

On Monday, Russia said it had been hit hundreds of kilometres from Ukraine by what it said were Soviet-era drones – at Engels air base, home to Russia’s strategic bomber fleet, and in Ryazan, a few hours’ drive from Moscow.

Ukraine did not directly claim responsibility for the strikes, but nonetheless celebrated them.

In Washington, U.S. Secretary of State Antony Blinken repeated his country’s determination to provide Ukraine with equipment it needs to defend itself while saying it has neither encouraged nor enabled the Ukrainians to strike inside Russia.

Russia’s defence ministry said three service members were killed in the attack at Ryazan. Although the attacks struck military targets, it characterised them as terrorism and said the aim was to disable its long-range aircraft.

The damage to the warplanes also caused grumbling among Russian military bloggers, whose social media posts can provide a window into the mood in Russia on the course of the war.

At least 20 oil tankers queuing off Turkey face more delays to cross from Russia’s Black Sea ports to the Mediterranean as operators race to adhere to new Turkish insurance rules added ahead of a G7 price cap on Russian oil, industry sources said.

The disruptions in tanker traffic were not the result of the price cap on Russian oil agreed by a coalition of G7 countries and Australia, an official with the group said.

The price cap of $60-a-barrel was imposed on Monday at a level above the current price for Urals crude from Russia, the world’s second largest oil exporter.

G7 countries and Australia would be busy in coming weeks determining two more price cap levels on Russian refined oil products slated to be in place by Feb. 5, a U.S. Treasury official told Reuters on Tuesday.

Meanwhile on the battlefields of eastern, northeastern and southern Ukraine, Russian forces kept up their shelling of towns and villages, the Ukrainian military said in its Tuesday evening report.

Ukrainian President Volodymyr Zelenskiy visited troops close to front lines in eastern Ukraine on Tuesday. Addressing servicemen later in the presidential palace in the capital Kyiv, Zelenskiy said he had spent the day with troops in Donbas, theatre of the heaviest battles, and in Kharkiv region, where Ukrainians have retaken swathes of occupied territory from Russian forces who invaded more than nine months ago.

“Thousands of Ukrainians have given their lives so that the day might come when not a single occupying soldier will remain in our land and when all our people will be free,” Zelenskiy, clad in his trademark khaki green, told the gathering. 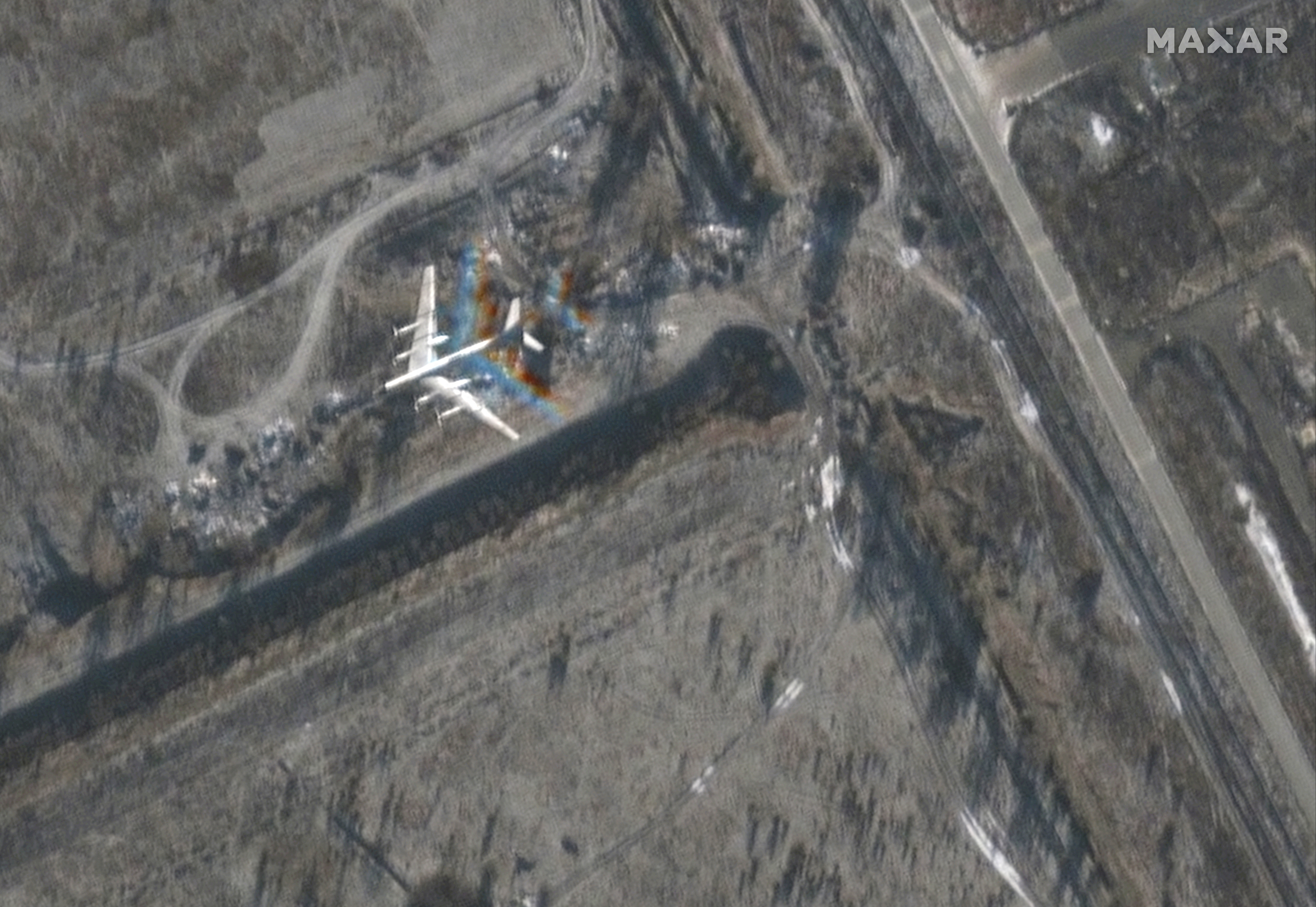 A satellite image shows bomber in flight at northeast of Engels Air Base in Saratov, Russia, December 3, 2022. Satellite image 2022 Maxar Technologies/Handout via REUTERS 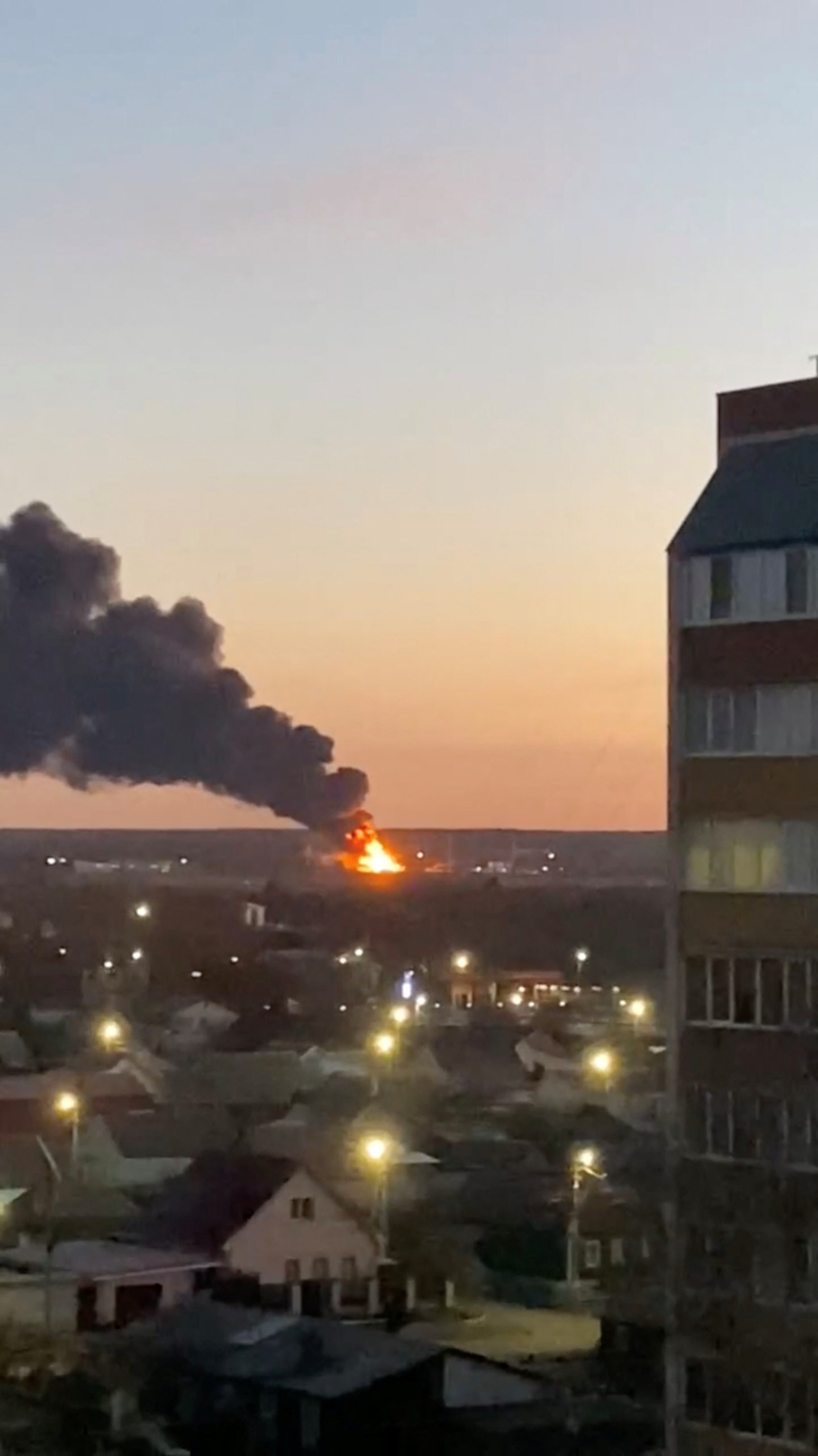 Russian media footage shows the aftermath of an alleged drone attack on an airfield in the Russian region of Kursk, December 6, 2022, a day after drone strikes were reported in two other locations in Russia. Ostorozhno Novosti via REUTERS