Peru’s ousted former president faces a court hearing on Thursday over his arrest while also being investigated for rebellion, as his replacement holds meetings at the presidential palace following a day of high drama that shocked the region.

Pedro Castillo’s swift fall from power on Wednesday came after congressional lawmakers voted overwhelming to remove the deeply unpopular leader after his effort to dissolve Congress and rule by decree was thwarted earlier in the day.

Castillo was arrested Wednesday on criminal charges of “rebellion and conspiracy,” according to prosecutors, at the same time he had been facing separate corruption allegations.

The preliminary hearing on Thursday is expected to evaluate the legality of his arrest, as well as touch on an inquiry by the Attorney General’s Office into charges he orchestrated an alleged rebellion.

Castillo lawyer Victor Perez rejected the rebellion charge at the hearing, arguing that such an act implies use of weapons and violence, which he said never occurred.

The former president attended the hearing via teleconference and was asked if he wanted to address the court, but he declined.

The 17-month tenure of the 53-year-old leftist Castillo was marked by unprecedented turnover among senior officials in his administration, as well as multiple corruption scandals which he dismissed as politically motivated efforts by conservative enemies in the opposition-controlled Congress to undermine his government.

Castillo is being held in a police prison in the capital Lima where another former president, Alberto Fujimori, is also being held, a judicial source told Reuters early on Thursday.

Boluarte, 60, could begin to name a new cabinet over the next few days to lead the world’s second-biggest copper producer, with expectations running high that she will opt for a unity government.

In brief comments on Thursday morning to reporters at the presidential palace, Boluarte suggested that calling early elections could be “democratically respectable” but added she wants to hold additional discussions first. 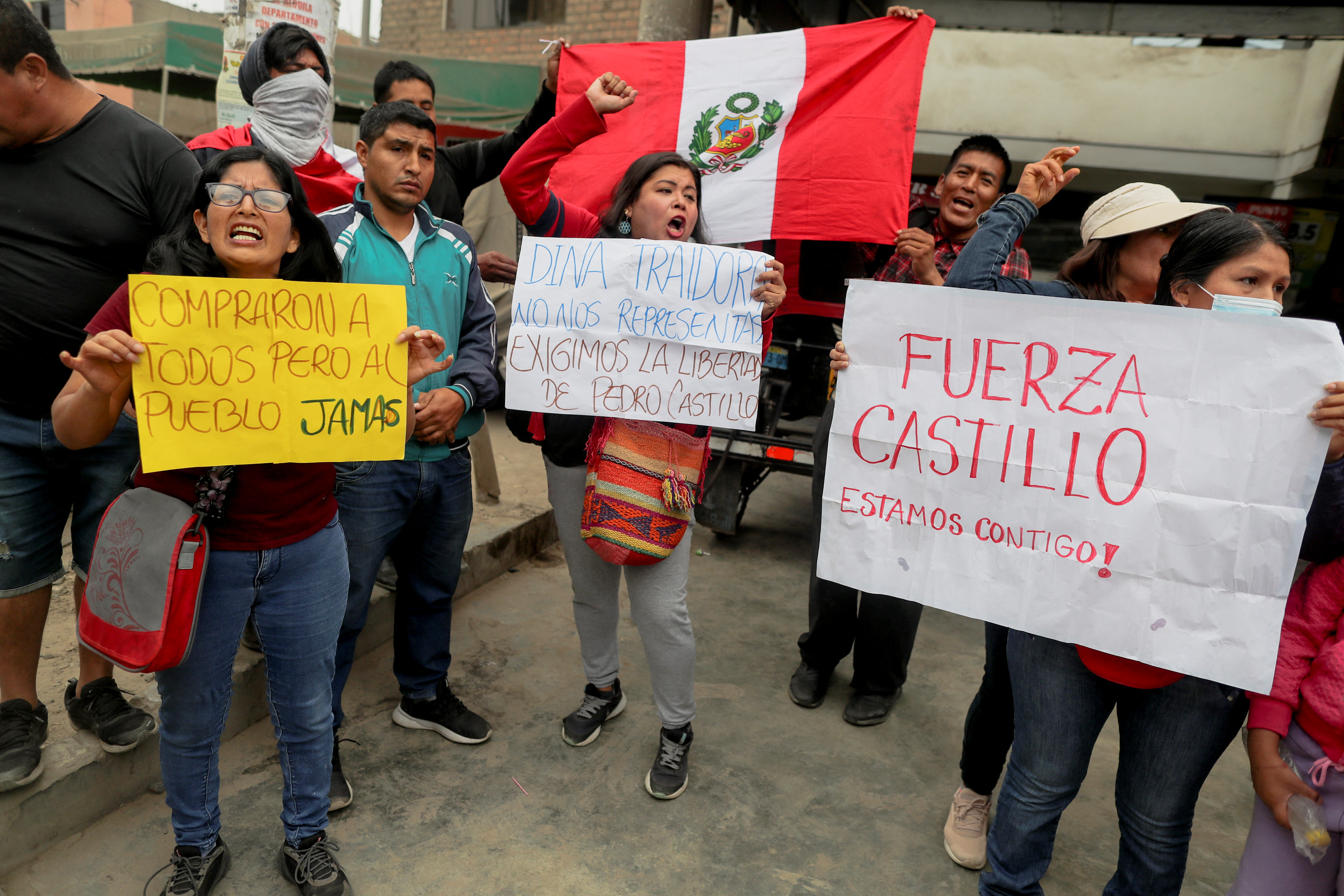 Suporters of ousted Peruvian President Pedro Castillo gather outside Barbadillo police penitentiary where he has been detained after he was removed from office in an impeachment trial, in Lima, Peru December 8, 2022. REUTERS/Sebastian Castaneda 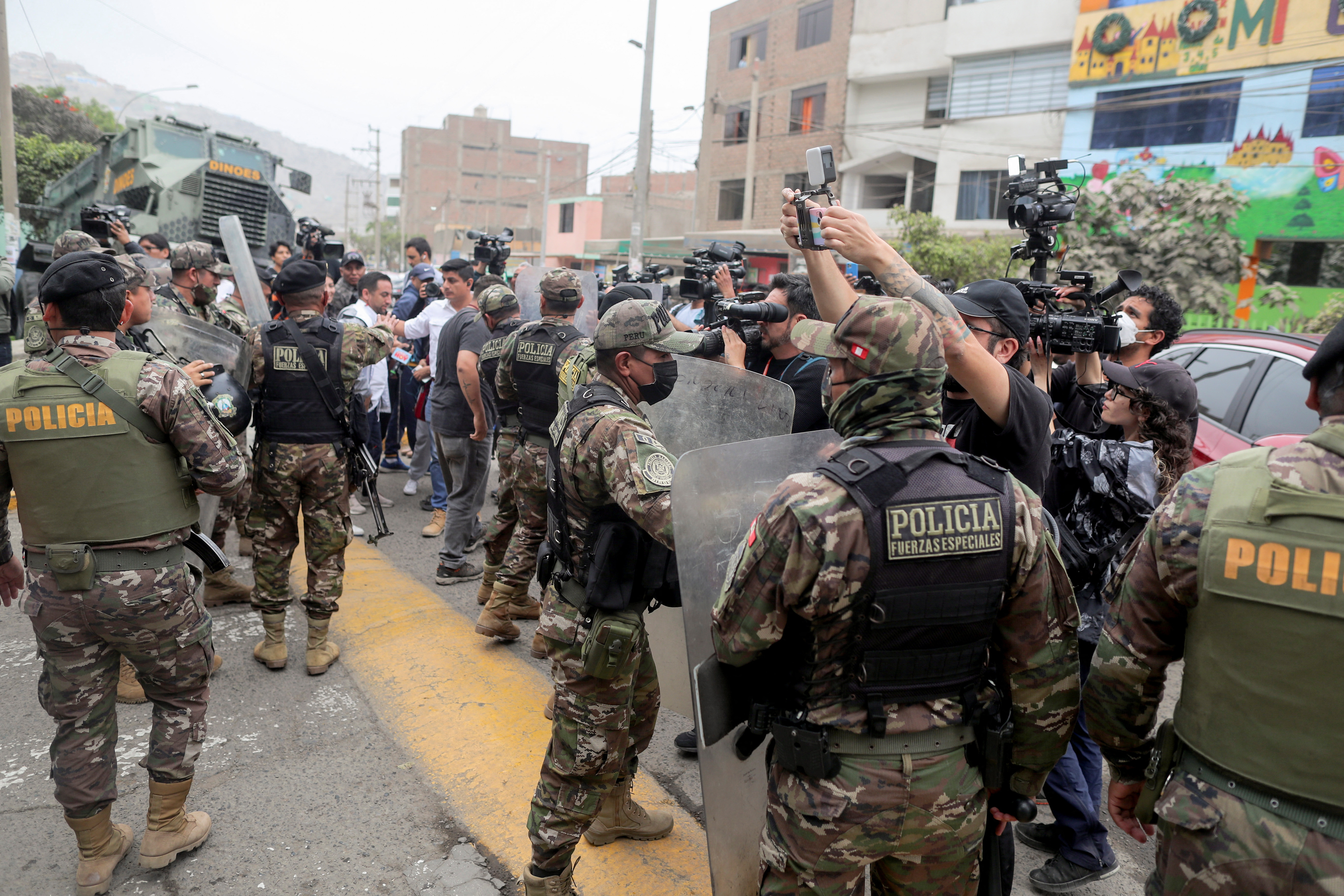 Police officers stand guard outside Barbadillo police penitentiary where suporters of ousted Peruvian President Pedro Castillo gather after he has been detained following his removal from office in an impeachment trial, in Lima, Peru December 8, 2022. REUTERS/Sebastian Castaneda 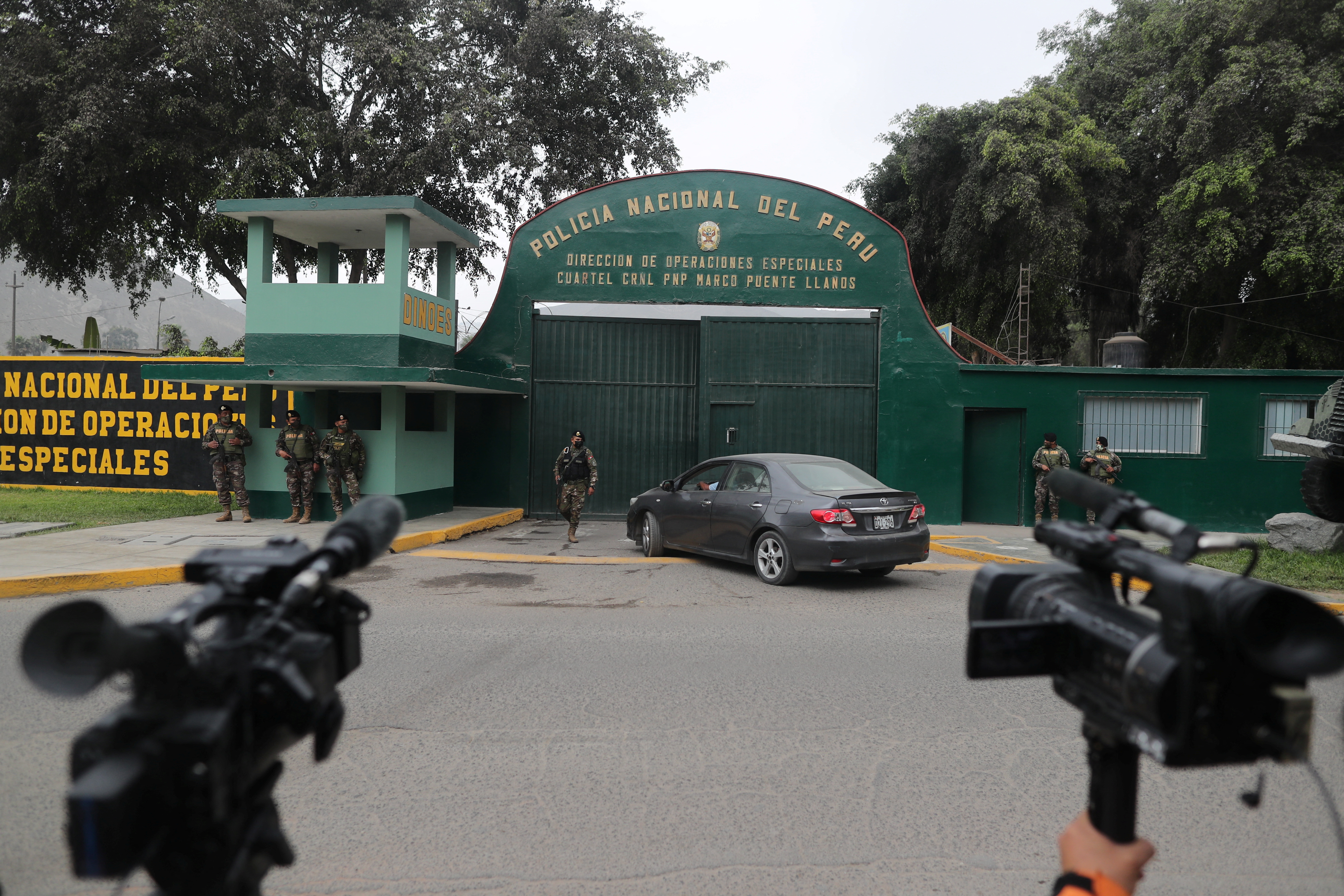 A general view outside the Barbadillo police penitentiary where ousted President Pedro Castillo has been detained after he was removed from office in an impeachment trial, in Lima, Peru December 8, 2022. REUTERS/Sebastian Castaneda 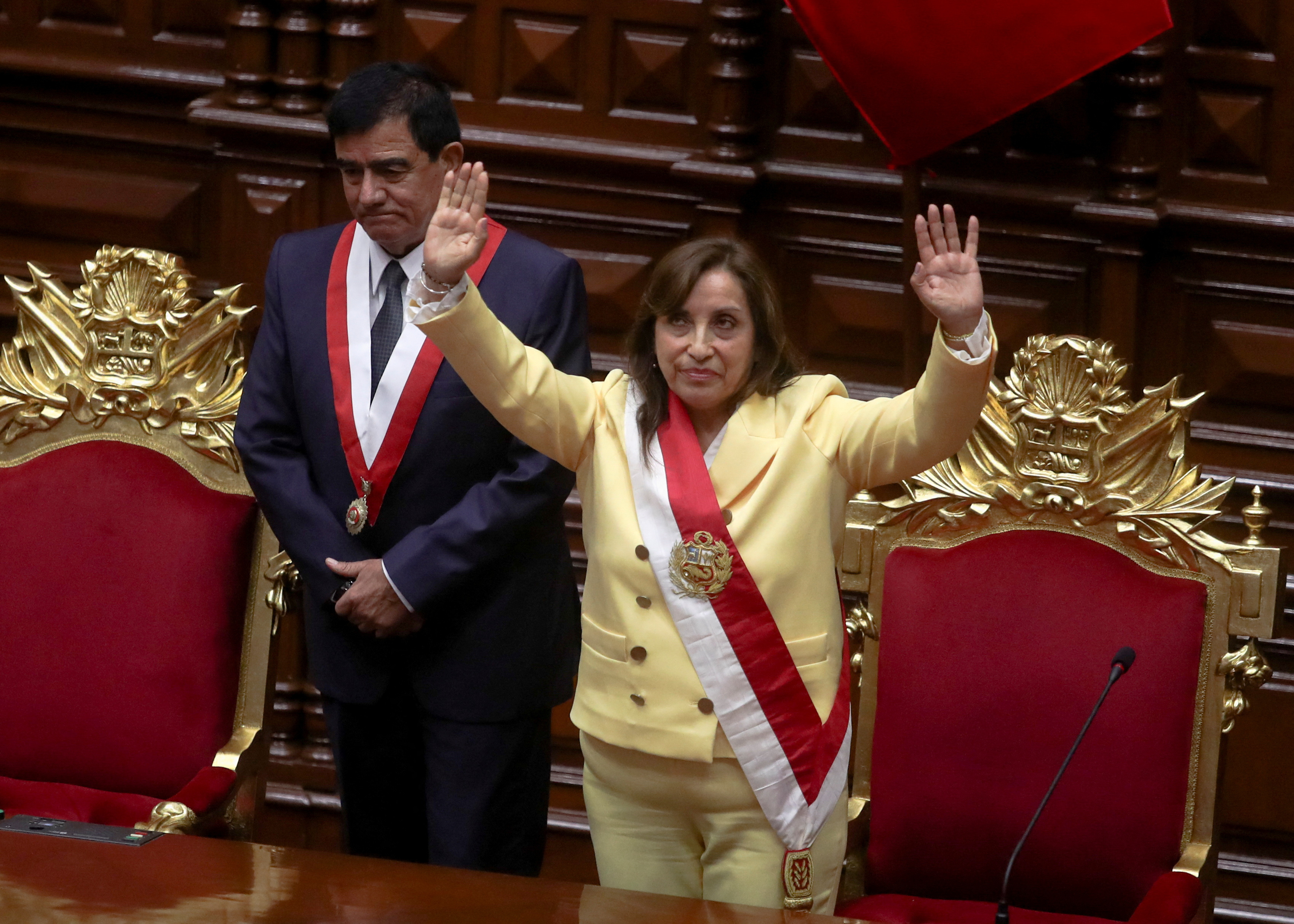 Peru’s interim President Dina Boluarte, who was called on by Congress to take the office after the legislature approved the removal of President Pedro Castillo in an impeachment trial, waves after being sworn-in, in Lima, Peru December 7, 2022. REUTERS/Sebastian Castaneda TPX IMAGES OF THE DAY