The first weekend after COVID-19 restrictions ended last month, dozens of young Chinese jostled in the dark at a heavy-metal concert in a tiny Shanghai music venue that reeked of sweat and hard liquor.

It was the kind of freedom young Chinese had demanded in late November in protests against the zero-COVID policy that became the biggest outpouring of public anger in mainland China since President Xi Jinping took power a decade ago.

After three years of lockdowns, testing, economic hardship and isolation, many of China’s Generation Z — the 280 million born between 1995 and 2010 — had found a new political voice, repudiating their stereotypes as either nationalist keyboard warriors or apolitical loafers.

Pacifying a generation faced with near-record youth unemployment and some of the slowest economic growth in nearly half a century presents a policymaking challenge for Xi, who is just beginning a precedent-breaking third term. Improving young people’s livelihoods without abandoning the country’s export-led growth model poses inherent conflicts for a government that prioritises social stability.

This generation is the most pessimistic of all age groups in China, surveys show. While the protests succeeded in hastening the end of COVID curbs, the hurdles Chinese youth face in achieving better living standards will be harder to overcome, some analysts say.

“As the road ahead for the youth gets narrower and tougher, their hopes for the future evaporate,” said Wu Qiang, a former politics lecturer at Tsinghua University who is now an independent commentator in Beijing. Young people no longer had “blind confidence and adulation” towards China’s leaders, he added.

Some Chinese youth who spoke to Reuters reflected the sense of frustration.

“If they didn’t change the policy, then more people would protest, so they had to change,” said 26-year-old Alex, who declined to give her last name for fear of retribution from the authorities, in an interview before the Shanghai concert.

“But I don’t think young people will go back to thinking that nothing bad ever happens in China.”

Young people, especially in cities, are often at the forefront of protests globally; students led China’s biggest pro-democracy uprising in 1989, which Beijing crushed in a military crackdown.

But China’s Gen Z has its own characteristics that present a dilemma for Xi, some analysts said.

In recent years, some young Chinese social media users have drawn international attention for their ferocity in attacking critical views about China online, including of Beijing’s COVID policies. They became known as “little pinks”, a term associated with the colour of a nationalist website, and drew comparisons with China’s aggressive “wolf warrior” diplomats and the Red Guards of Mao Zedong’s Cultural Revolution.

With the economy slowing under the weight of pandemic restrictions, a countertrend emerged, but not quite of the liberal type that pushes against growing nationalism in the West. Many young Chinese have been choosing to “lie flat,” a term used to describe people who have rejected the corporate rat race by adopting a minimalist lifestyle and doing just enough to get by.

There is no data on how many Chinese are inclined towards those perspectives. Brewing under the surface before the protests, however, was one unifying factor: growing discontent with their perceived economic prospects.

A survey of 4,000 Chinese by consultancy Oliver Wyman found Gen Z to be the most negative about China’s economic outlook of all the age groups. Their peers in the United States, by contrast, are more optimistic than most preceding generations, according to a study by McKinsey.

Some 62% of China’s Gen Z worried about job security and 56% worried about prospects for a better lifestyle, far more than older generations, according to the Wyman survey conducted in October and released in December.

In the United States, the study released in October showed 45% of 18-to-24-year-olds worried about job stability, but scored better on McKinsey’s gauge of perceptions of future economic opportunities than all groups except those aged 25-34.

Earlier in the Xi era, things were looking brighter.

In 2015, a Pew Research Center study found seven in 10 of Chinese people born in the late 1980s felt positively about their economic situation. A whopping 96% felt their living standard was better than their parents’ at the same age.

“It’s educated pessimism. It’s based on the facts and the reality that they’re witnessing,” said Zak Dychtwald, founder of research firm Young China Group, which examines trends among Chinese youth, of the mood among young adults.

“I don’t think these protests would have happened ten years ago, but this young generation believes they ought to be heard in a way that older generations didn’t.”

He said further unrest appeared unlikely in the near term, but the ruling Communist Party was under pressure to offer “some hope and direction” to the country’s youth at an annual legislative meeting in March.

Failure to deliver such solutions could reignite protests in the long term, he said.

In a New Year speech, Xi acknowledged the need to improve the prospects of China’s youth, without mentioning the protests against his zero-COVID approach.

“A nation will prosper only when its young people thrive,” Xi said, without elaborating on potential policies.

Instead, analysts say Chinese policymakers need to create well-paid jobs for young people and ensure they thrive economically, like their parents’ generation, who accepted limited freedoms in exchange for promised prosperity.

But achieving that is harder in a slower economy, and some of the policies that could improve living standards for younger Chinese are in conflict with other priorities for the world’s second-largest economy: ensuring the engines behind its 15-fold expansion over the past two decades keep running, some political analysts and economists say.

Xi’s second-term crackdown on tech and other private sector industries has also led to job losses and fewer opportunities for young people.

For all the government’s talk about “common prosperity”, levelling the playing field for this new generation seems impossible, said Fang Xu, an urban sociologist at the University of California, Berkeley.

“Their parents were able to accumulate such a massive amount of wealth from the housing market, from private entrepreneurship, and that leap is not likely to be repeated,” Fang said.

“Levelling the playing field means devaluing the property market enough that it’s not impossible for young people to buy a house, but that would be a huge blow to older generations.”

Given the risk of arrest, most of those who took part in the protests against COVID restrictions are laying low. It is unclear what their hopes and plans are or how they vary. But some young people feel driven to pursue their ambitions elsewhere.

University student Deng, 19, who spoke to Reuters on the condition of partial anonymity because of the sensitivity of the situation, has little hope that she will be able to thrive in China.

“If I want to stay in China, I have these two choices: stay in Shanghai to work and take an average office job or listen to my parents, return to my hometown, take the public servant exam, lie flat,” said Deng, adding she planned to emigrate instead.

Data from internet giant Baidu shows online searches for studying abroad were five times the 2021 average during the two-month lockdown of Shanghai’s 25 million residents last year. Another spike occurred during the November protests.

Neither Deng nor Alex see much room for further dissent in the near future.

“You can either accept the system or leave China. You can’t change the system here, the authorities are too powerful,” Alex said.

A few days later, at the Shanghai venue, Alex found a vantage point among fellow metal fans for the first time since COVID rules eased. She took in the sounds of the band, Rat King, her concerns for the future put aside for one night. 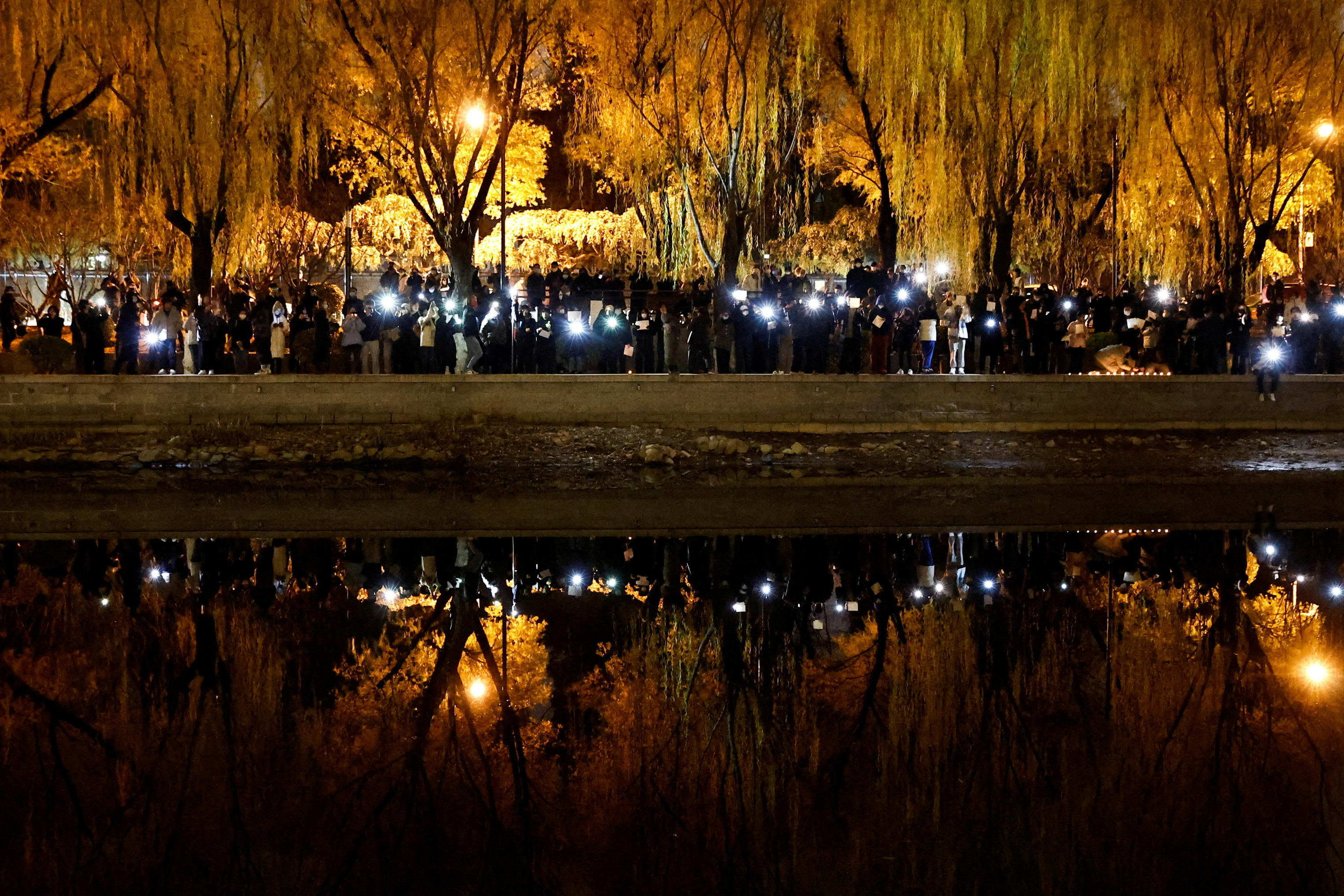 People gather for a vigil and hold white sheets of paper in protest of coronavirus disease (COVID-19) restrictions, as they commemorate the victims of a fire in Urumqi, as outbreaks of the coronavirus disease continue in Beijing, China, November 27, 2022. REUTERS/Thomas Peter 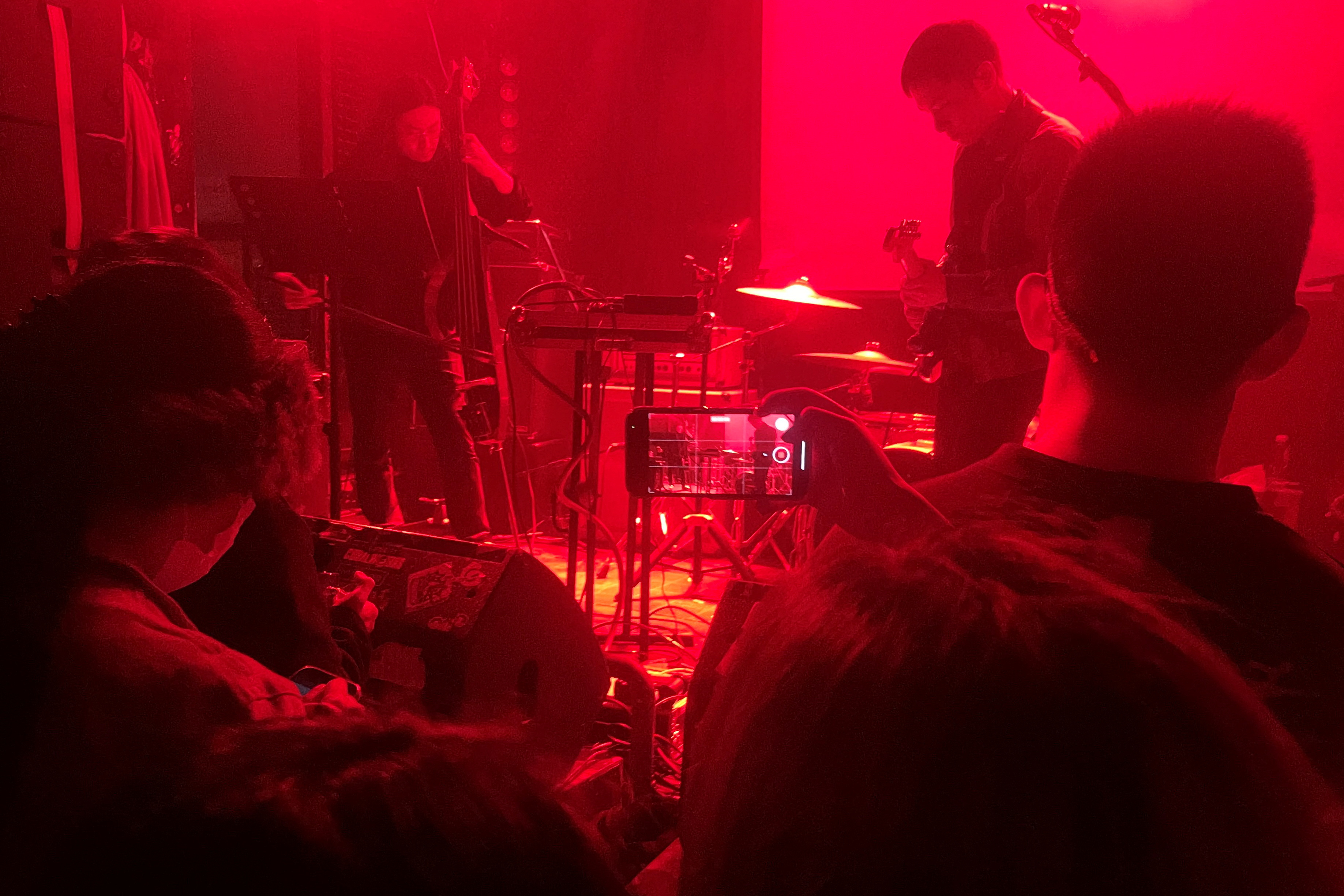 Alex and her friends attend a heavy metal concert on their first weekend after restrictions to curb the spread of the coronavirus disease (COVID-19) were lifted in Shanghai, China December 10, 2022. REUTERS/Casey Hall 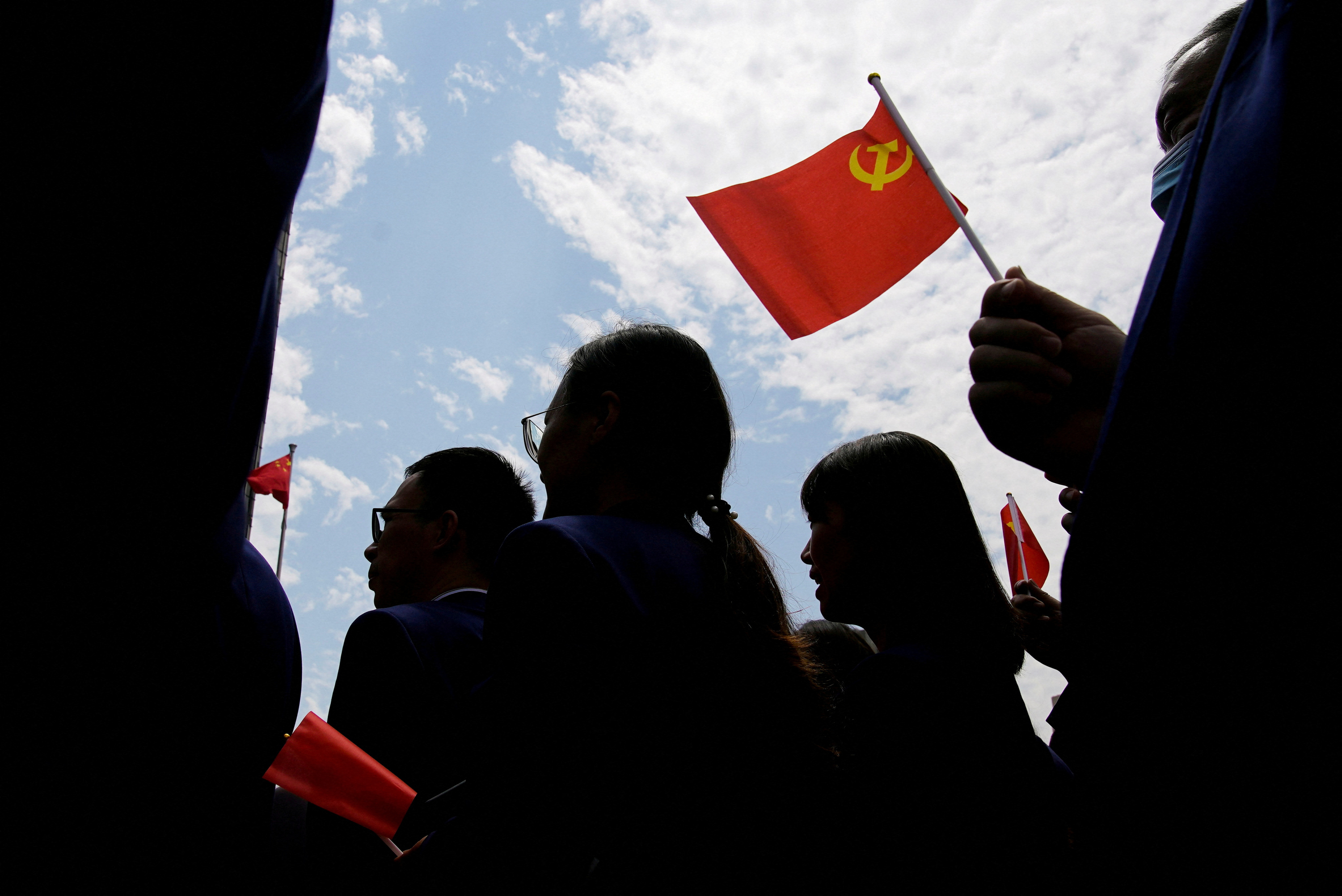