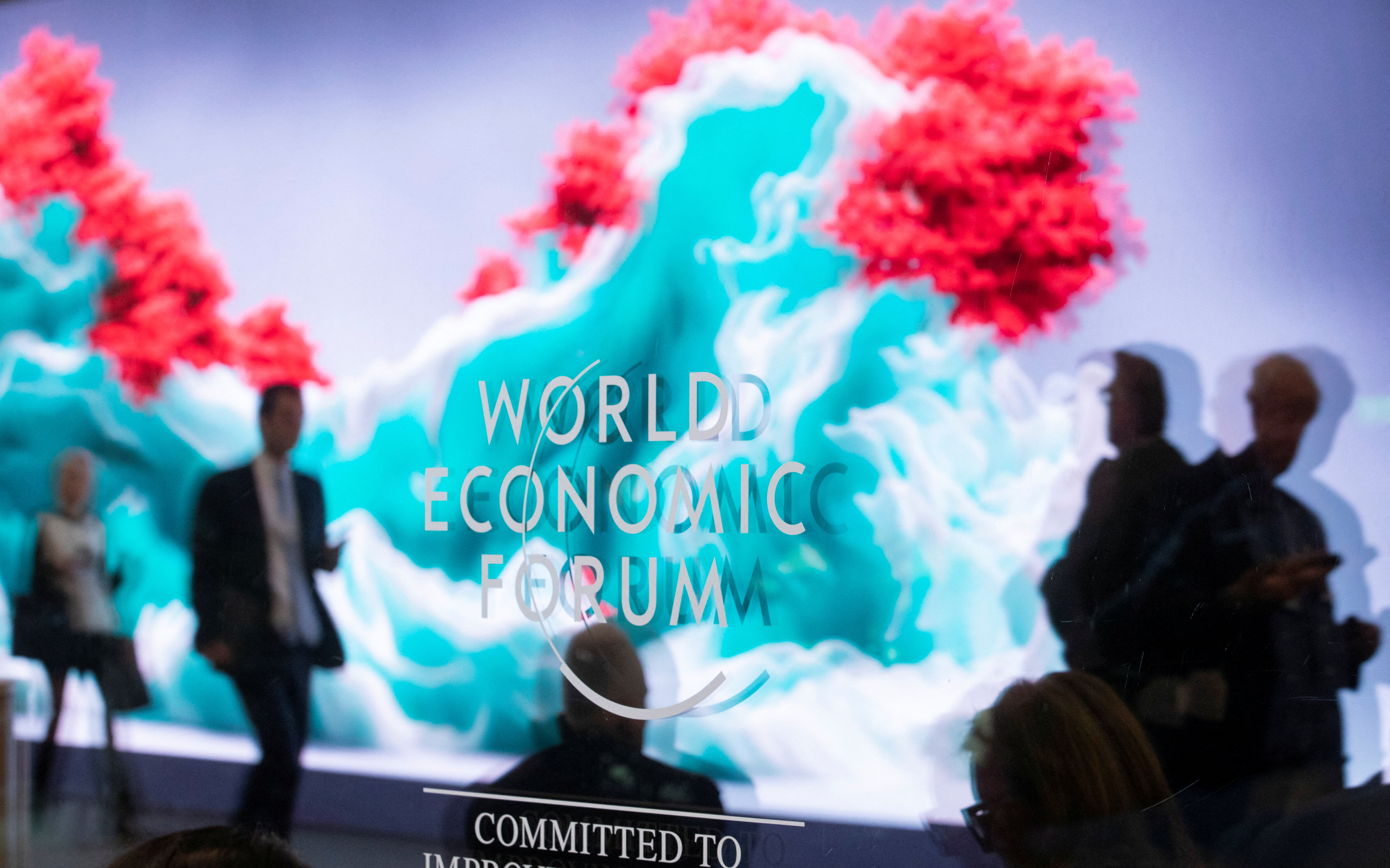 The data sculpture “Artificial Realities: Coral” by Turkish-born artist Refik Anadol is reflected in a window at Davos Congress Centre, the venue of the World Economic Forum (WEF) 2023, in the Alpine resort of Davos, Switzerland, January 17, 2023. REUTERS/Arnd Wiegmann

The first day of official programming at the World Economic Forum’s (WEF) annual meeting kicked off on Tuesday with bold declarations by Europe and China in attempts to bolster their positions in the world.

The European Union will counter the U.S.’s game-changing Inflation Reduction Act (IRA), described in Davos as the most significant climate legislation since the 2015 Paris Agreement, with its own green deal.

China, meanwhile, reopened its doors the world with a pitch to the global elite from Vice-Premier Liu He, who made it clear the country wants international investors to play a key role in Beijing’s attempts to revive its slowing economy.

Ukraine’s first lady Olena Zelenska told the WEF she would deliver a letter to Liu to pass on to Chinese President Xi Jinping that lays out President Volodymyr Zelenskiy’s proposals for ending Russia’s war against his country.

Liu’s visit to Davos contrasts with the conspicuous absence of Russia, a key ally whose invasion of Ukraine China has refused to condemn.

As business and political leaders convened to address the cost of living and energy crises prompted by the war, Finnish Prime Minister Sanna Marin pledged her country’s support to Ukraine as long as necessary.

U.S. climate envoy John Kerry said that time was running out for the world on climate change and he was not convinced it would get to a low carbon economy in time to save the most vulnerable people.

The slopes continued to be dominated by discussions about Davos’ hottest topic in 2023 – Chat GPT and generative AI.

Wide-ranging applications for the tech are being floated, from use as a programming assistant to a step forward in the global race for military supremacy.

In an announcement that coincided with the event, Microsoft said it plans to market ChatGPT to its cloud-computing customers.

Recession predictions once again permeated the frigid atmosphere. But the outlook was not all gloom and doom.