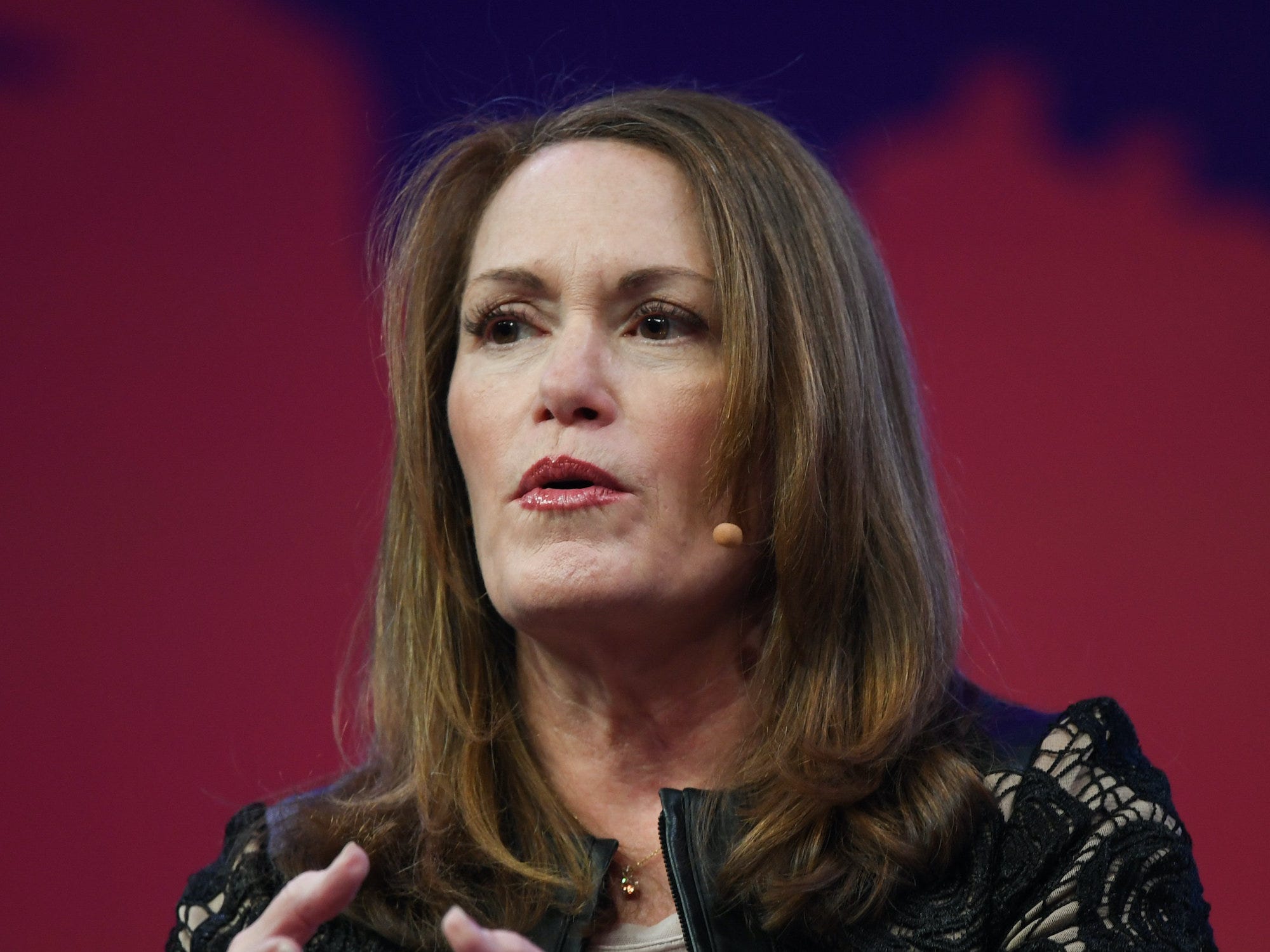 Peggy Johnson is the CEO of Magic Leap, and could soon be competing against Apple if it launches a headset as expected.

Apple is reportedly gearing up to launch its own headset this year, which would compete against other offerings from Magic Leap and Microsoft.

“I think anytime more money is coming into the space is a good thing,” the AR tech company CEO said during an interview at the World Economic Forum in Davos, Switzerland. “The company’s over 12 years old, so we’ve been carrying all of the water for a long time, for years, and so it’s good to have others in this space, even competitive in nature. It’s a positive for the space overall.”

Under Johnson, Magic Leap has pivoted toward building its Magic Leap 2 AR headset for enterprise use rather marketing it at consumers. In its Early Access Program, Magic Leap worked with companies including Cisco, NeuroSync, and Brainlab to “refine and improve” its headset to be used for training, communication, and remote assistance, in settings like clinics, industrial environments, retail stores, and even defense.

But AR technology is cutting-edge, and that means it’s not cheap. The Magic Leap 2 was made commercially available in the US, Canada, UK, EU, and Saudi Arabia last September, and has three editions ranging between $3,299 and $4,999 USD. Microsoft’s Hololens 2 ranges from $3,500 to $5,200.

Apple is currently planning on announcing its long-rumored AR and VR headset this year, and will likely retail to consumers for somewhere between $2,000 and $3,000, Bloomberg reported. The headset is reported to look somewhat like ski goggles, and include auto-adjusting lenses and a physical dial to switch between virtual reality and the real world.

If Apple’s AR/VR headset does come out this year, it will be the company’s newest product group since the Apple Watch in 2015.

Johnson pointed out that Apple is more consumer-focused, while Magic Leap is enterprise-focused, but said at some point, “we’ll come circle back to consumer.” She said it will take time for the headset itself to shrink in size to be more acceptable for consumer use the way mobile phones developed.