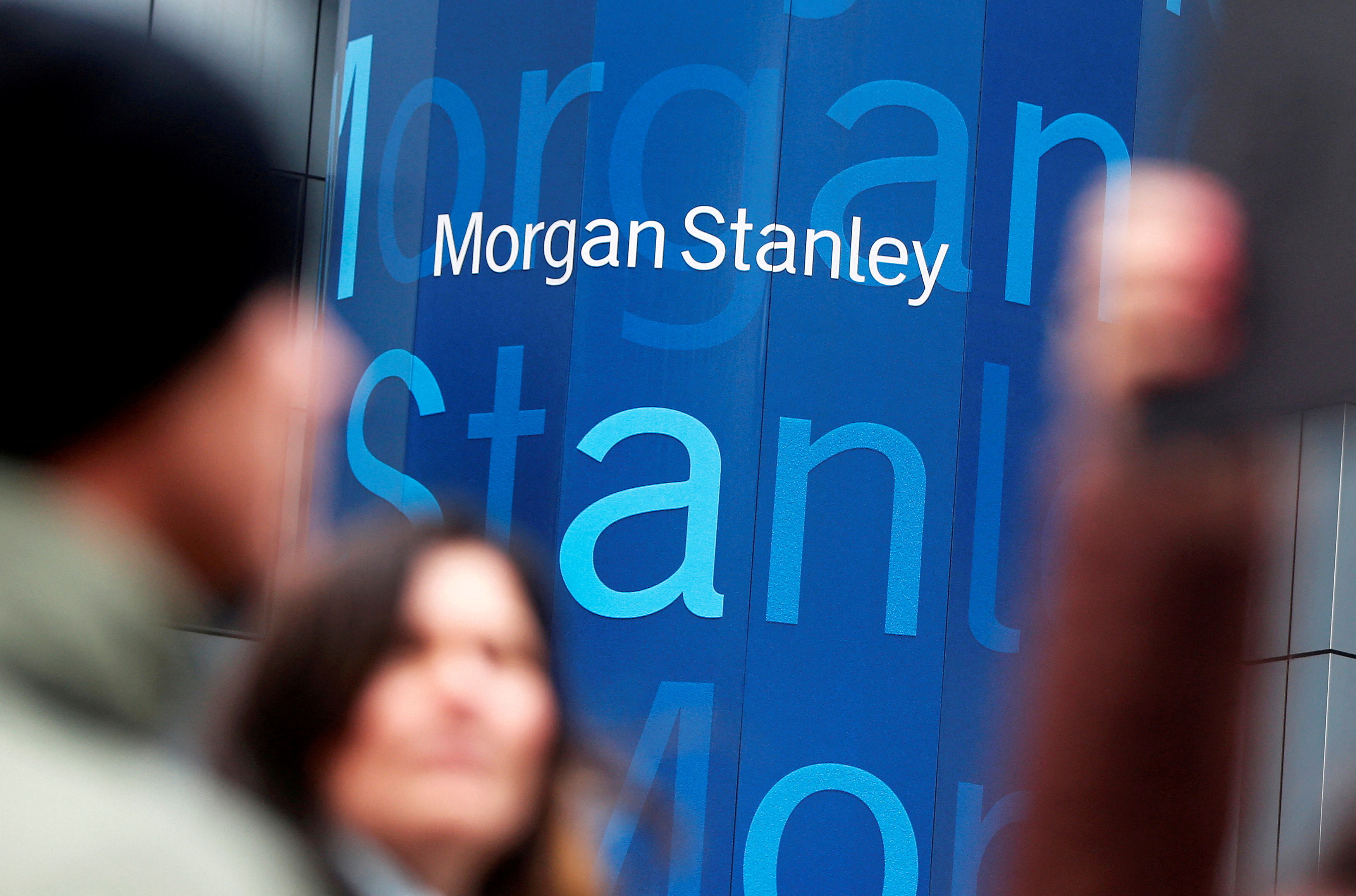 Shares in Morgan Stanley (MS.N) soared over 7% in early trading as the bank reported a smaller-than-expected 41% drop in fourth-quarter profit on Tuesday, driven by higher revenue at its wealth management division and a boost from its trading business.

The bank’s performance in those sectors helped offset sluggish dealmaking activity in the face of rapidly deteriorating macroeconomic conditions and geopolitical tensions.

Revenue from Morgan Stanley’s investment banking business fell 49% to $1.25 billion in the fourth quarter, with revenue declines across the bank’s advisory, equity and fixed income segments.

The investment banking business slowdown weighed on the company’s net revenue, pulling it down 12% to $12.7 billion.

“I am highly confident that when the Fed pauses, deal activity and underwriting activity will go up,” Chief Executive Officer James Gorman told analysts in a call.

Still, Chief Financial Officer Sharon Yeshaya told Reuters earlier on Tuesday that the bank is comfortable with its headcount after recent layoffs. Morgan Stanley had cut 2% of its headcount in December, or about 1,600 jobs, a source had told Reuters.

Trading has been a surprise bright spot for Morgan Stanley, with the unit’s revenue jumping 26% to $3.02 billion in the fourth quarter, as clients look to hedge against market risks by rejigging portfolios toward more defensive assets.

The bank’s wealth management business, which tends to generate steady income, saw revenue climb 6% in the quarter, as interest income increased amid the U.S. Federal Reserve’s interest rate hikes through most of last year.

Gorman said the bank’s wealth and investment management businesses are expected to become an increasingly larger portion of the firm’s pre-tax profit in the coming years. The wealth management unit has also helped the bank keep its funding cost lower amid a rate hiking cycle, the CEO added.

Morgan Stanley’s release wraps up a mixed fourth-quarter earnings period for the big U.S. banks. Rival Goldman Sachs Group Inc (GS.N) on Tuesday reported a bigger-than-expected 69% drop in quarterly profit due to heavy losses in its consumer business and a slump in dealmaking.

Profit applicable to the company’s common shareholders for the three months ended Dec. 31 was $2.11 billion, or $1.26 per diluted share. Analysts expected the bank to report a profit of $1.19 per share, according to Refinitiv data.

Mark-to-market losses on corporate loans came in at $876 million, as interest rates rose. It includes debt to Twitter, the CFO said. Morgan Stanley is among a group of banks that provided a $13 billion loan to finance Elon Musk’s acquisition of the social media company.

Updating Morgan Stanley’s outlook, the CFO said the bank’s net interest income, or the money banks bring in from interest payments, has not peaked, although it is likely to reduce its growth pace this year.