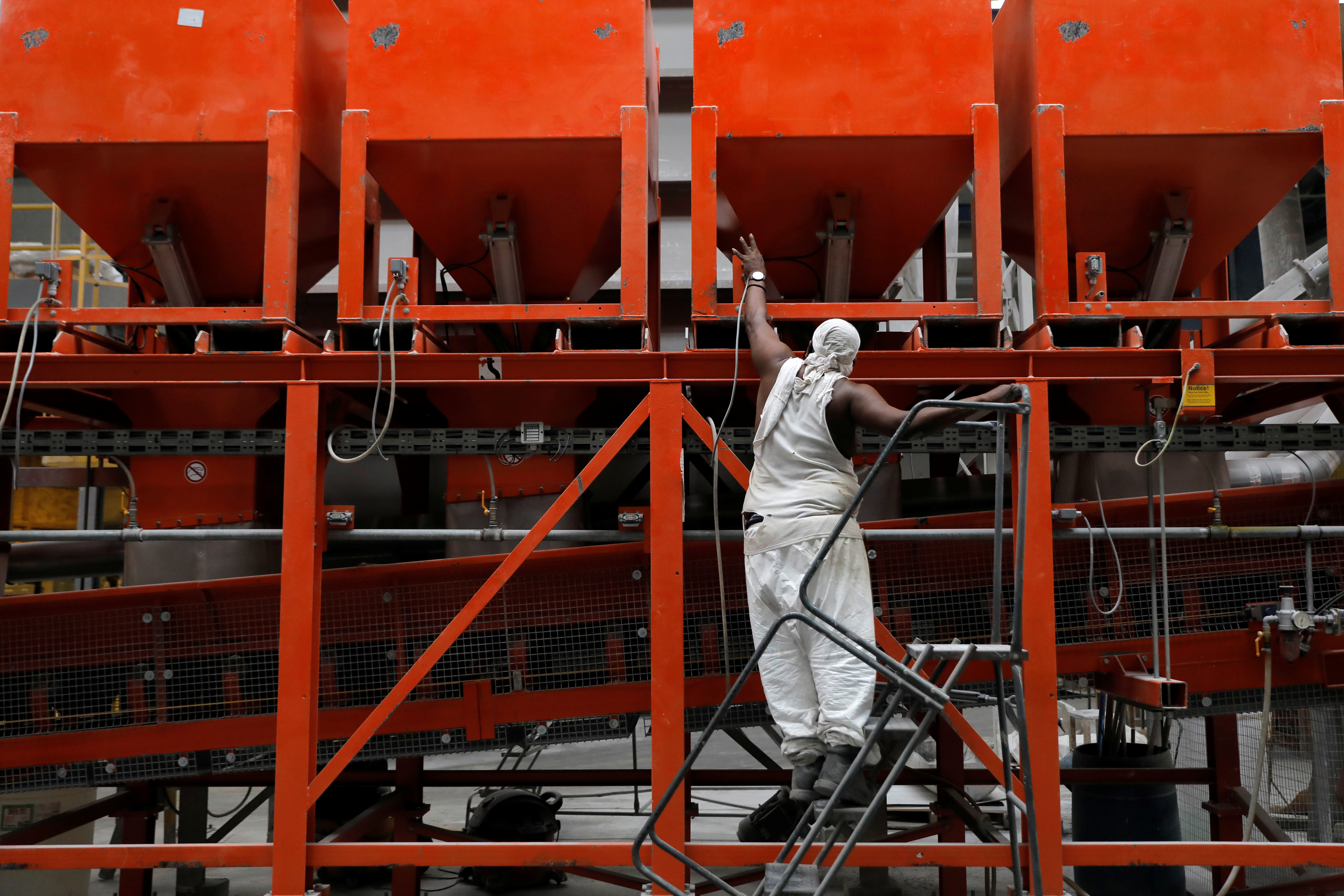 New York state manufacturing contracted sharply in January as orders collapsed and employment growth stalled, pointing to continued weakness in national factory activity, and little improvement was expected over the next six months.

The survey from the New York Federal Reserve on Tuesday offered an early read of conditions in one of the sectors hardest hit by the Federal Reserve’s fastest interest rate hiking cycle since the 1980s. It showed slumping demand and improved raw material supplies slowing inflation at the factory gate. National manufacturing has been shrinking since November, according to data from the Institute for Supply Management.

“A variety of manufacturing surveys have been weak across recent months and the Empire State survey suggests that this weakness continued, or perhaps intensified, early this year,” said Daniel Silver, an economist at JPMorgan in New York.

The New York Fed’s “Empire State” index on current business conditions plummeted to -32.9 this month from -11.2 in December. That was the lowest level since May 2020 and the fifth worst reading in the survey’s history. Economists polled by Reuters had forecast the index at -9.0.

A reading below zero signals the New York manufacturing sector is contracting. Forty-four percent of respondents in the survey conducted between Jan. 3 and Jan. 10 reported that conditions had worsened, while only 11% said they had improved.

A gauge of new orders tumbled 27.5 points to -31.1. The shipments index dropped 27.7 points to -22.4. Order backlogs are also drying up, while inventories are steadily rising.

Higher borrowing costs are weighing on demand for goods, which are mostly bought on credit. Spending is also shifting back to services. The dollar’s past appreciation and softening global demand are also hurting manufacturing, which accounts for 11.3% of the U.S. economy.

The Fed last year raised its policy rate by 425 basis points from near zero to a 4.25%-4.50% range, the highest since late 2007. In December, the U.S. central bank projected at least an additional 75 basis points of increases in borrowing costs by the end of 2023.

With orders collapsing and the pipeline of unfinished work slowing, employment growth in the region stalled this month, with a measure of number of employees falling 11.2 points to 2.8, the lowest level in more than two years. Factories also reduced hours for workers.

“Manufacturing conditions in the U.S. are deteriorating and the worse is likely ahead,” said Gurleen Chadha, a U.S. economist at Oxford Economics.

There was, however, encouraging news in the fight against inflation. A measure of prices paid by factories for inputs decreased 17.5 points to 33.0. Manufacturers are also not asking higher prices for the goods, with a gauge of prices received falling 6.4 points to 18.8.

This aligns with recent data showing inflation pressures and expectations abating, and strengthens expectations that the Fed could further scale back the size of its rate hikes next month.

Manufacturers in the region expected a modest improvement in conditions over the next six months. The survey’s future business conditions index edged up to 8.0 from a reading of 6.3 in December. New orders and shipments were expected to rise, while employment was seen increasing modestly.