Ukraine has taken a step closer to winning approval for German-made modern battle tanks to confront invading Russian forces and has secured a pledge of more Patriot defence missiles as its allies appear ready to rally for the next phase of the war.

Ukraine has relied primarily on Soviet-era T-72 tank variants. Germany’s Leopard 2 tank, operated by armies in about 20 countries, is regarded as one of the West’s best. The tank weighs more than 60 tons, has a 120mm smoothbore gun and can hit targets at a distance of up to five km.

Ukraine says the tanks would give its troops the mobile firepower to drive Russian troops out in decisive battles. Germany has been the West’s biggest holdout on pledging tanks but a Cabinet minister said on Tuesday the issue would be the first to be decided by new defence minister Boris Pistorius.

He will host U.S. Defense Secretary Lloyd Austin on Thursday ahead of a meeting on Friday of dozens of defence ministers at Ramstein air base in Germany.

Western countries have provided a steady supply of weapons to Ukraine since Russia invaded last Feb. 24 in what it calls a “special military operation” to protect its security because its neighbour grew increasingly close to the West.

Ukraine and its allies accuse Moscow of an unprovoked war to grab territory and to erase the independence of a fellow ex-Soviet republic.

The allies must intensify their military support to Ukraine to help them break a hardening of the front lines and avoid a prolonged battle of attrition, Britain’s foreign minister, James Cleverly, said on a visit to Washington on Tuesday.

“What we see when you have these kind of brutal, attritional conflicts is this huge loss of life. And that cannot be what any of us want to see – which is why we think that now is the right time to intensify our support for Ukraine,” Cleverly told a small group of reporters.

Also in Washington, Prime Minister Mark Rutte of the Netherlands told U.S. President Joe Biden of Dutch plans to offer the U.S.-made Patriot missile defence system to Ukraine, working together with Germany amid a barrage of missile attacks from Russia.

Last month, Washington announced additional military aid for Ukraine, including the transfer of a Patriot system, considered one of the most advanced U.S. air defence systems that offers protection against aircraft, cruise and ballistic missiles.

The civilian death toll from a missile that struck an apartment block in the central city of Dnipro on Saturday rose to 45, including six children, among them an 11-month-old boy, Ukrainian President Volodymyr Zelenskiy said in his Tuesday night video address.

“It is now merely a matter of time before we drive the occupants from our land, before justice returns, and before the sentences for Russian murderers are announced,” Zelenskiy said.

Ukrainian authorities called off the search for survivors in Dnipro on Tuesday.

Zelenskiy is to speak on Wednesday to the World Economic Forum in Davos, Switzerland.

Meanwhile, the General Staff of the Ukrainian Armed Forces on Tuesday evening said Ukrainian and Russian forces exchanged fire on the eastern frontline, where neither side has advanced much in recent months.

Russian forces launched four missile strikes, including two on civilian targets in the city of Kramatorsk in Donetsk region, west of the two focal points of fighting, the towns of Bakhmut and Avdiivka, the military’s report said.

Reuters was not able to verify battlefield reports.

Russian President Vladimir Putin is due to visit St Petersburg on Wednesday, the 80th anniversary of the day Soviet forces managed to open a narrow land corridor to the city – then known as Leningrad – and break a Nazi blockade that had lasted since September 1941.

Kremlin spokesman Dmitry Peskov told a domestic news agency that there was no truth to rumours Putin would announce changes to the war effort such as a general mobilisation. 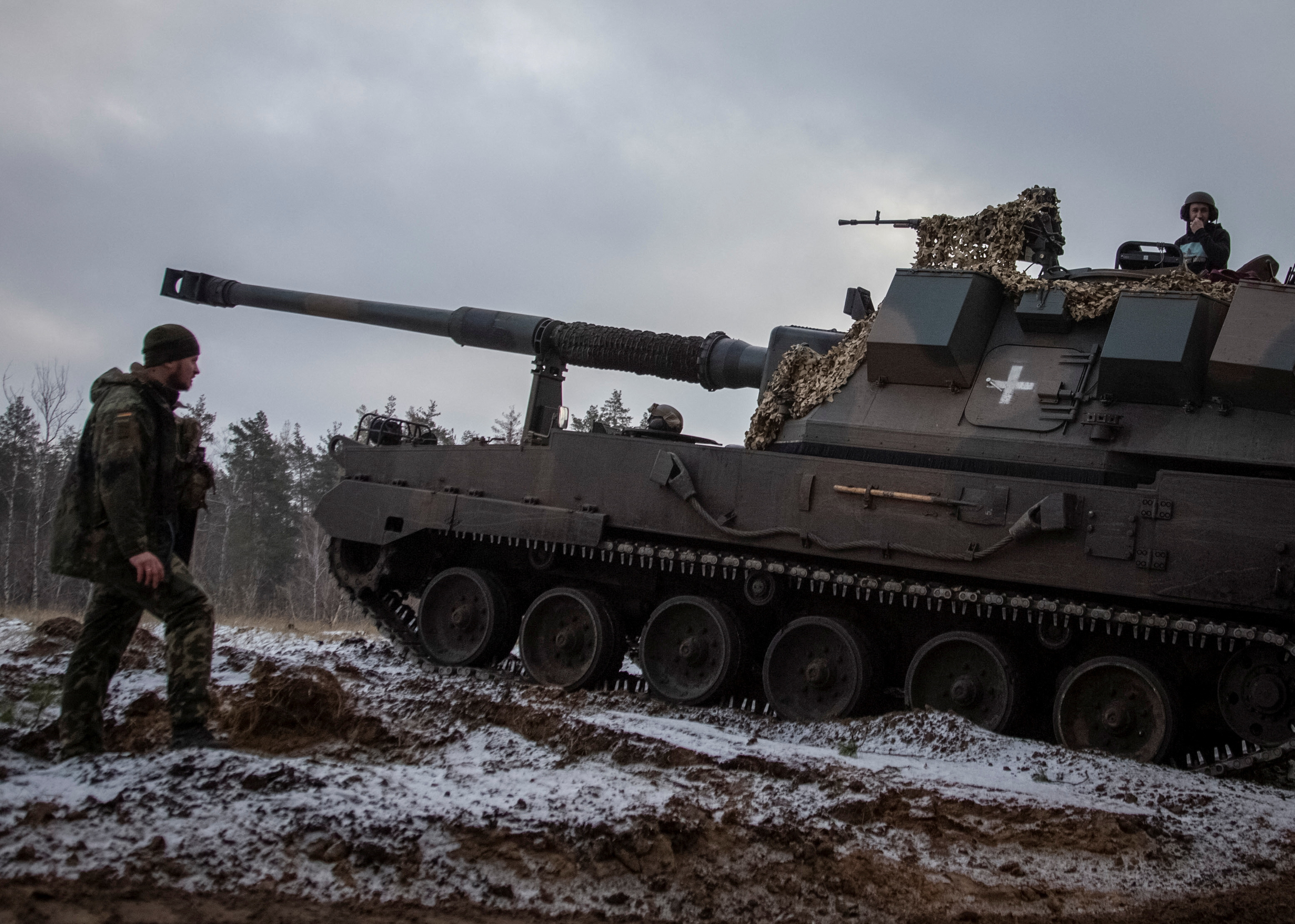 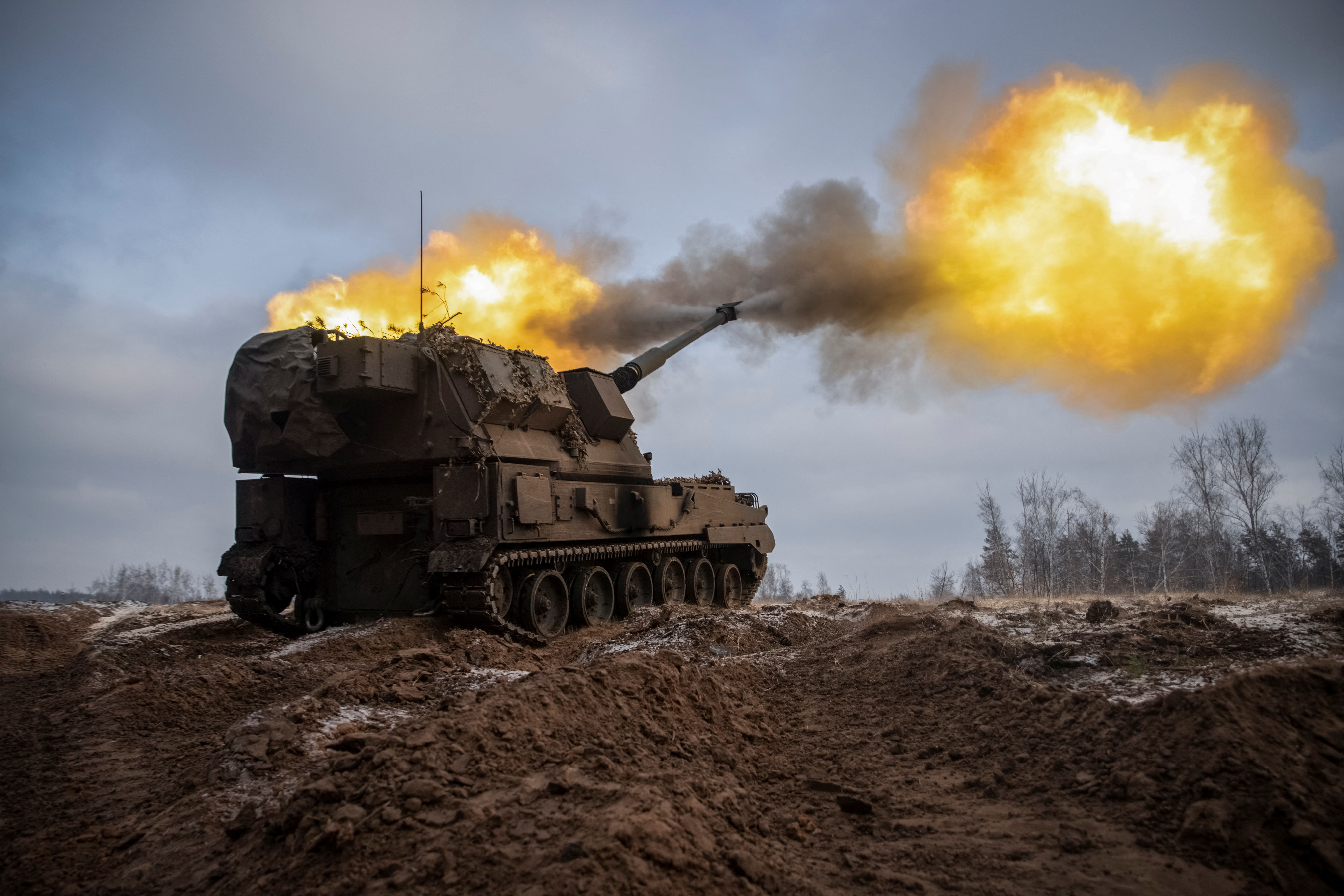 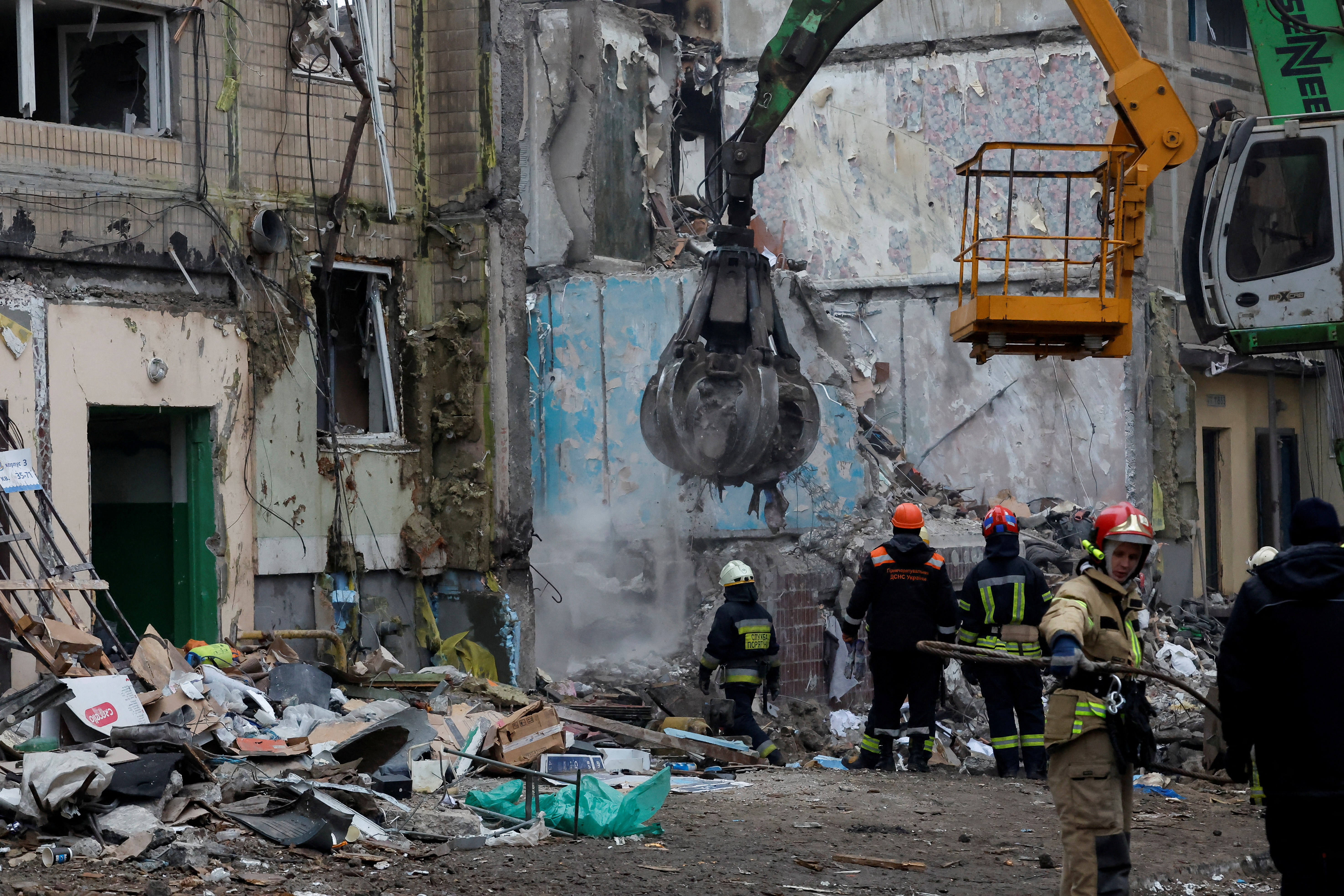 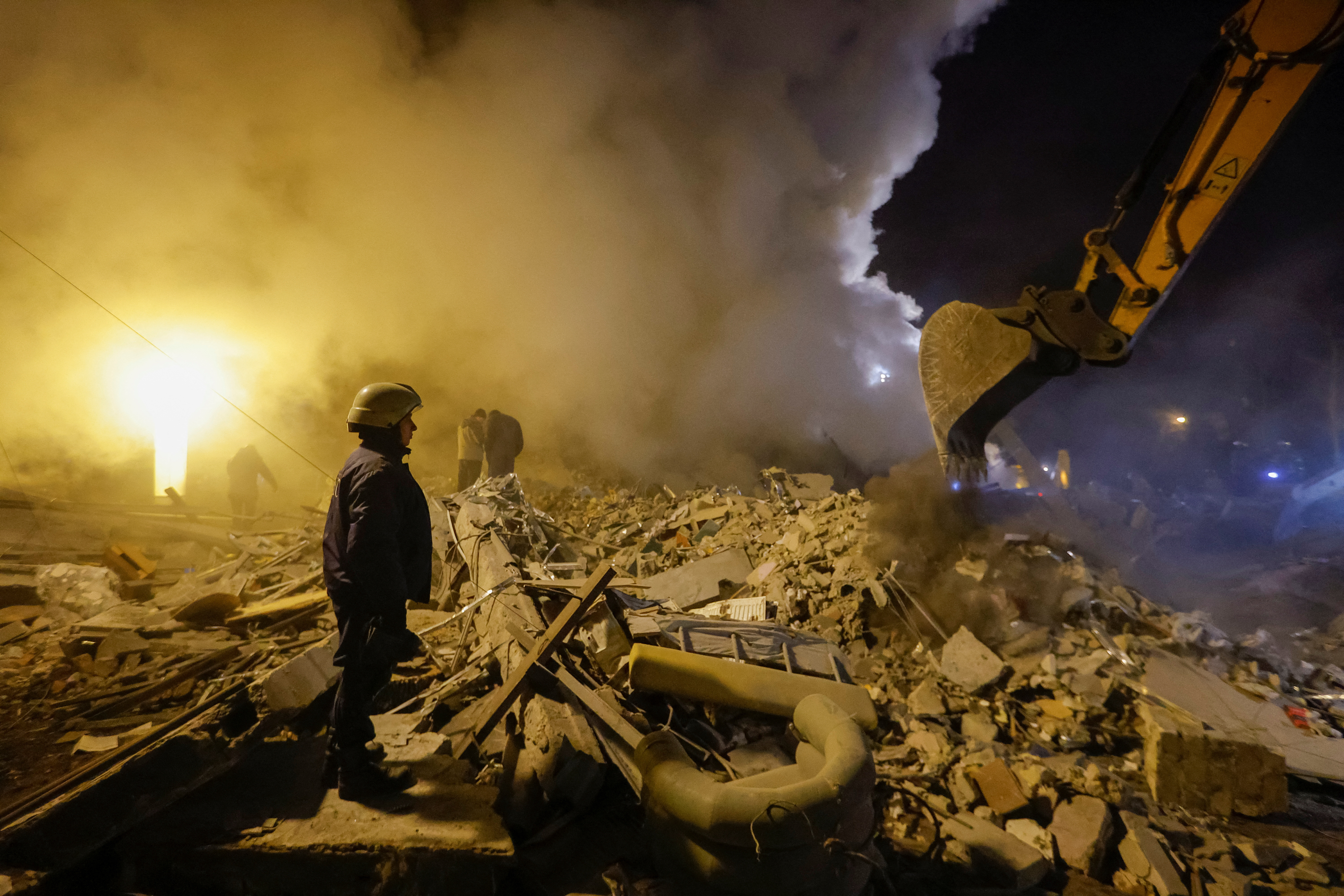 Emergency personnel work among debris at the site where a building was heavily damaged in recent shelling in the course of Russia-Ukraine conflict in Donetsk, Russian-controlled Ukraine, January 16, 2023. REUTERS/Alexander Ermochenko 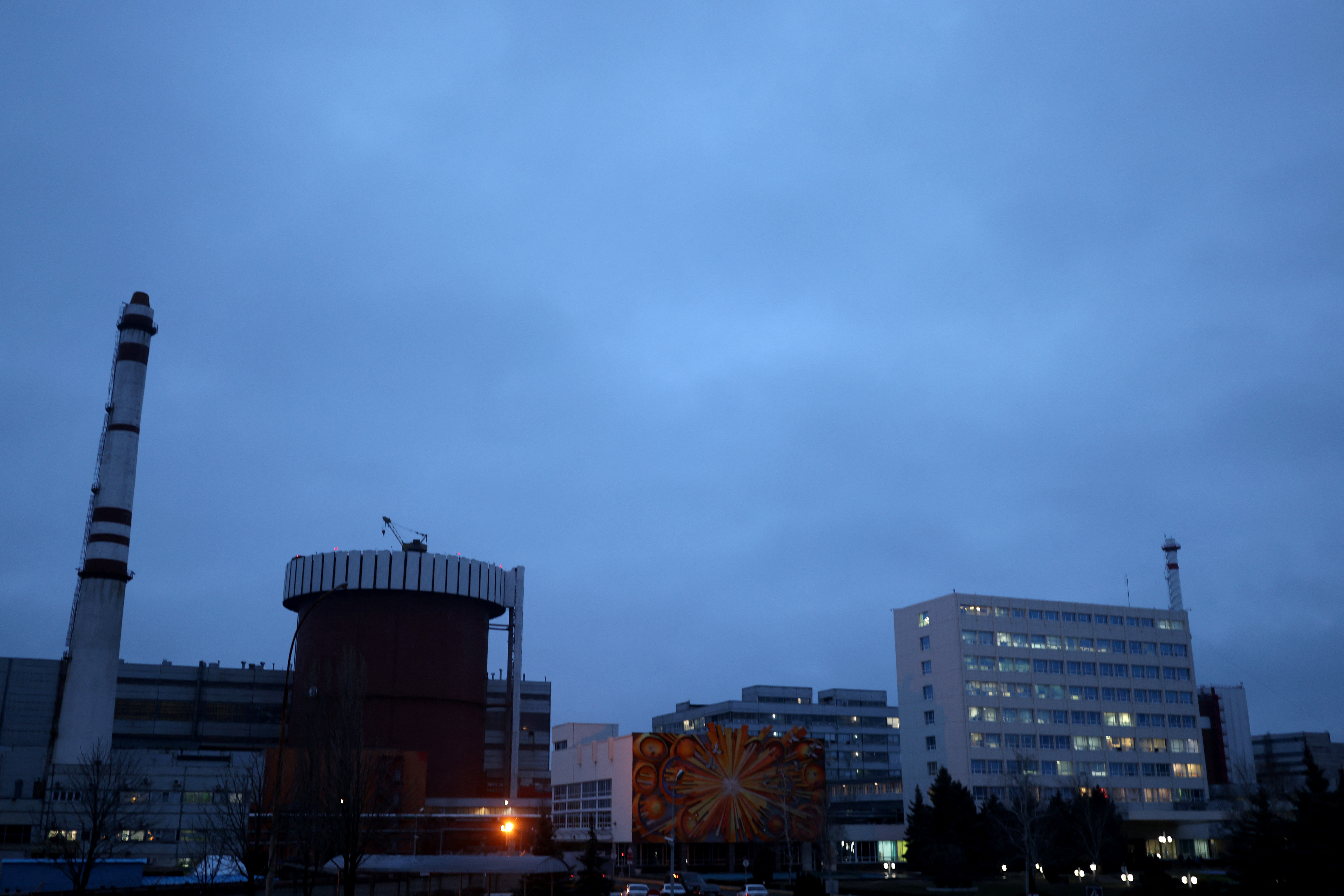 A view of the South Ukraine Nuclear Power Plant, amid Russia’s invasion of Ukraine, near Yuzhnoukrainsk, Ukraine January 16, 2023. REUTERS/Nacho Doce