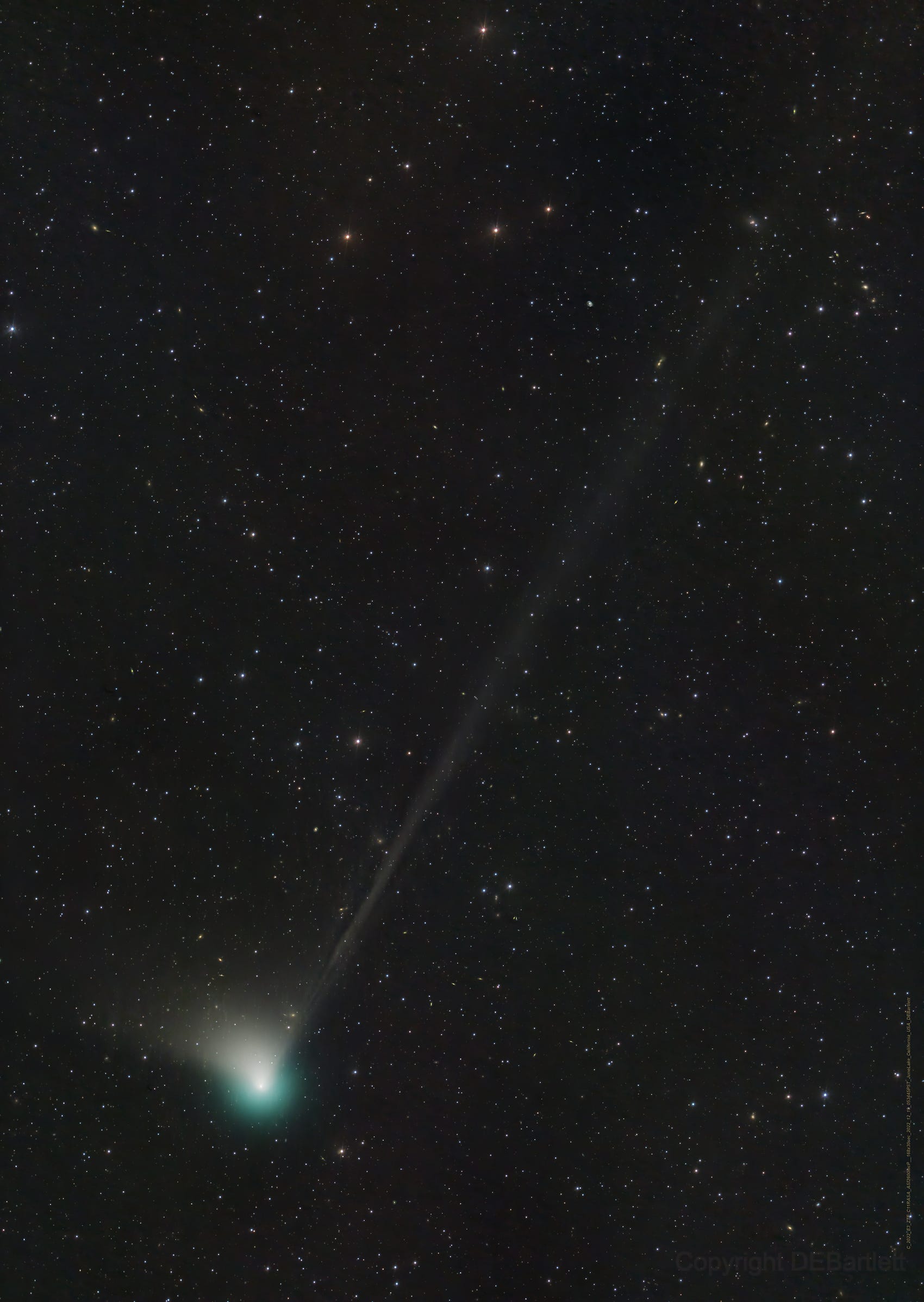 We could be the last humans to ever see the green comet hurtling past Earth from the outer reaches of the solar system in late January and early February.

C/2022 E3 (ZTF), or Comet ZTF for short — the name astronomers gave this space snowball after the Zwicky Transient Facility discovered it in March — hasn’t been in our cosmic neighborhood since the last Ice Age.

Researchers calculated that the icy ball of gas, dust, and rock orbits the sun roughly ever 50,000 years, which means that Neanderthals were still walking the Earth and humans had just migrated out of Africa for the first time when the comet last whizzed by.

With no telescopes or binoculars, those ancient peoples may not have spotted the comet at all. And there may never be an opportunity to see it again.

“Some predictions suggest that the orbit of this comet is so eccentric it’s no longer in an orbit — so it’s not going to return at all and will just keep going,” Jessica Lee, an astronomer at Royal Observatory Greenwich, told Newsweek.

So it might be worth the effort to look for Comet ZTF and become one of the few humans to ever see it up close. Here’s what you need to know to maximize your chances.

When to see the green comet 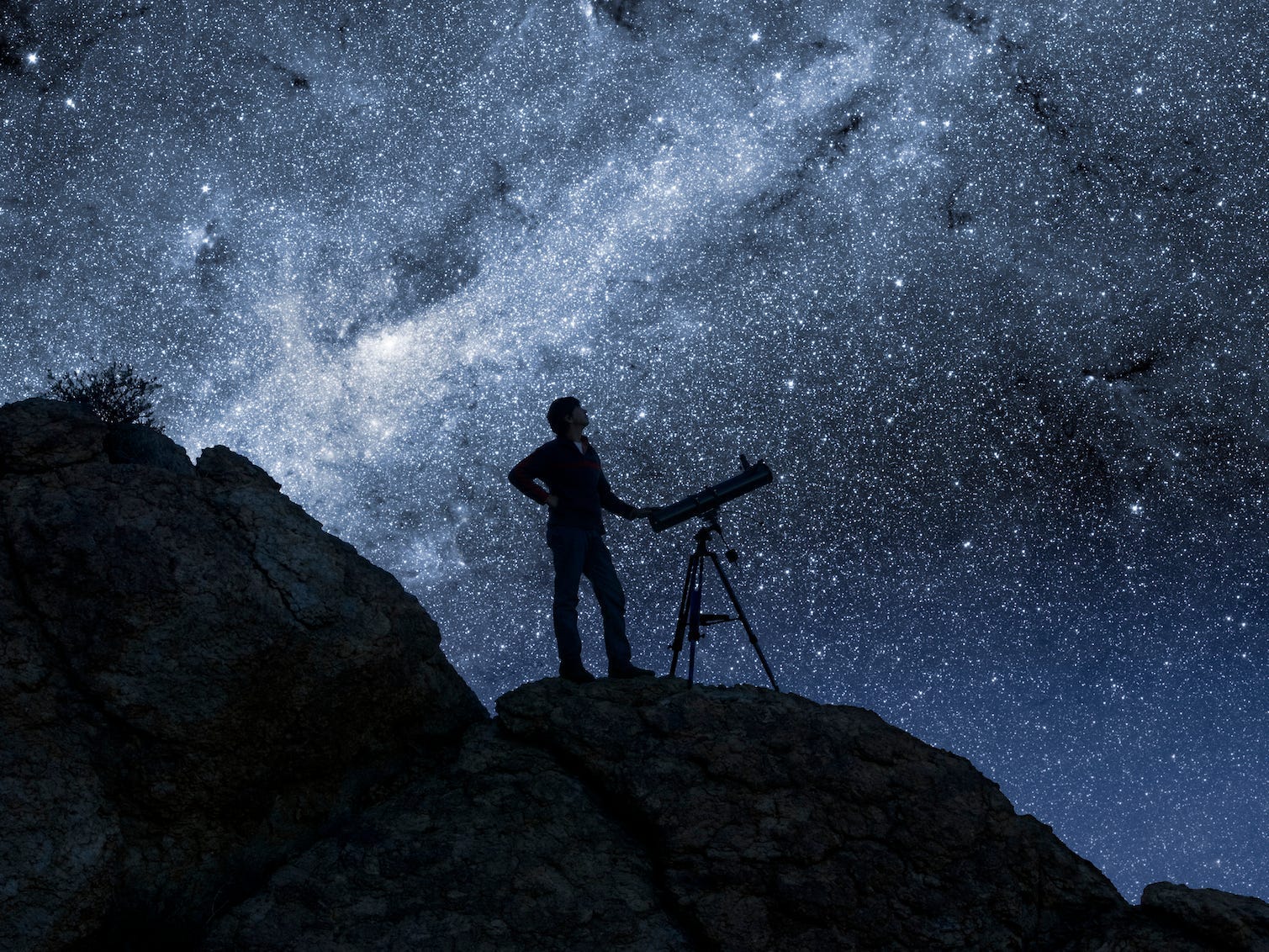 You may need a small telescope to spot Comet ZTF, but binoculars could be enough.

In the Northern Hemisphere, the green comet should be visible just before dawn in late January, according to NASA.

A completely shaded new moon could provide ideal dark skies for spying the comet on January 21.

Then in early February, the comet will be visible in the Southern Hemisphere.

Comet ZTF will pass about 26 million miles from Earth — the closest it will get — on February 2. That’s nearly 109 times the average distance of the moon, but the comet is burning so bright that it could still be visible in the night sky.

The comet is expected to be brightest on January 31 and February 1, though the moon will be bright and the comet will be “the faintest an object can be seen without optical aid in a very clear, very dark sky,” according to the Adler Planetarium.

It’s important to set yourself up for success if you’re trying to spot it.

How to spot the green comet

At first, spotting Comet ZTF may require a telescope, but as it approaches Earth, viewers may be able to see it with binoculars, or even the naked eye.

“Comets are notoriously unpredictable, but if this one continues its current trend in brightness, it’ll be easy to spot with binoculars, and it’s just possible it could become visible to the unaided eye under dark skies,” NASA wrote in an update on December 29.

For the best viewing, choose a cloudless night and get yourself far from city lights, to the darkest skies possible. When the moon is dim, or at least when it’s below the horizon, the sky will be even darker.

If you’re near an urban area, you may want to bring binoculars or even a telescope, in case the lights drown out the comet to the naked eye.

Where to look in the night sky for comet ZTF

Look to the right stars to see the green comet. According to EarthSky.org, the comet is currently visible passing through the Boötes constellation, near its border with Hercules. It’s headed toward Polaris — the North Star — and will be visible in the star’s vicinity on January 30. It will appear earlier in the evening as it approaches Polaris.

“It will distinguish itself probably from other stars because it will look a little bit fuzzy compared to other stars,” Thomas Prince, director of the WM Keck Institute for Space Studies at Caltech, told FOX Weather.

In the Southern Hemisphere, on February 10, the comet will be about 1.5 degrees from Mars, according to Prince. That’s about the width of your pinky finger when you hold it at arms length. If you can locate Mars shining bright in the sky, look just around it for the comet.

EarthSky publishes maps to help you locate the reference objects — Hercules, Polaris, and Mars — in the night sky.

Why the comet is green

The comet has a “greenish coma, short broad dust tail, and long faint ion tail,” according to NASA.

Many comets glow green. Laboratory research has linked this aura to a reactive molecule called dicarbon, which emits green light as sunlight decays it.

Dicarbon is common in comets, but it’s not usually found in their tails.

That’s why the coma — the haze surrounding the ball of frozen gas, dust, and rock at the center of a comet — is glowing green, while the tail remains white.