A mortar crew fights on the outskirts of the city on January 13, 2023 in Bakhmut, Ukraine.

With the one-year anniversary of Russia’s invasion of neighboring Ukraine just weeks away, Moscow’s forces have yet to achieve their aims, despite paying a high cost in battle.

Russian President Vladimir Putin is “desperate for a victory of any kind” ahead of the milestone date, and he’s sending his troops into some of Ukraine’s most heavily defended areas to try to get it, a former Australian general said this week.

Fighting between Ukraine and Russia has intensified in recent weeks around Bakhmut, a city in eastern Ukraine’s Donetsk region. A few miles north of Bakhmut is Soledar, a smaller town where Russian forces and mercenaries belonging to the notorious Wagner Group paramilitary organization have focused their attention.

Retired Maj. Gen. Mick Ryan, who served in the Australian military and as a strategist for the US Joint Chiefs of Staff, wrote that these urban areas don’t have much strategic utility, and the “massive Russian losses suffered for these towns are not justified by the minor gains they present.”

Additionally, Russia is choosing to assault areas where Ukraine is at its strongest, Ryan said. The Donbas — which consists of the Donetsk and Luhansk regions — is where Ukrainian forces have battled Russian-backed separatists since 2014. Kyiv “has had eight years to prepare multiple, reinforcing defensive lines” there, he said. 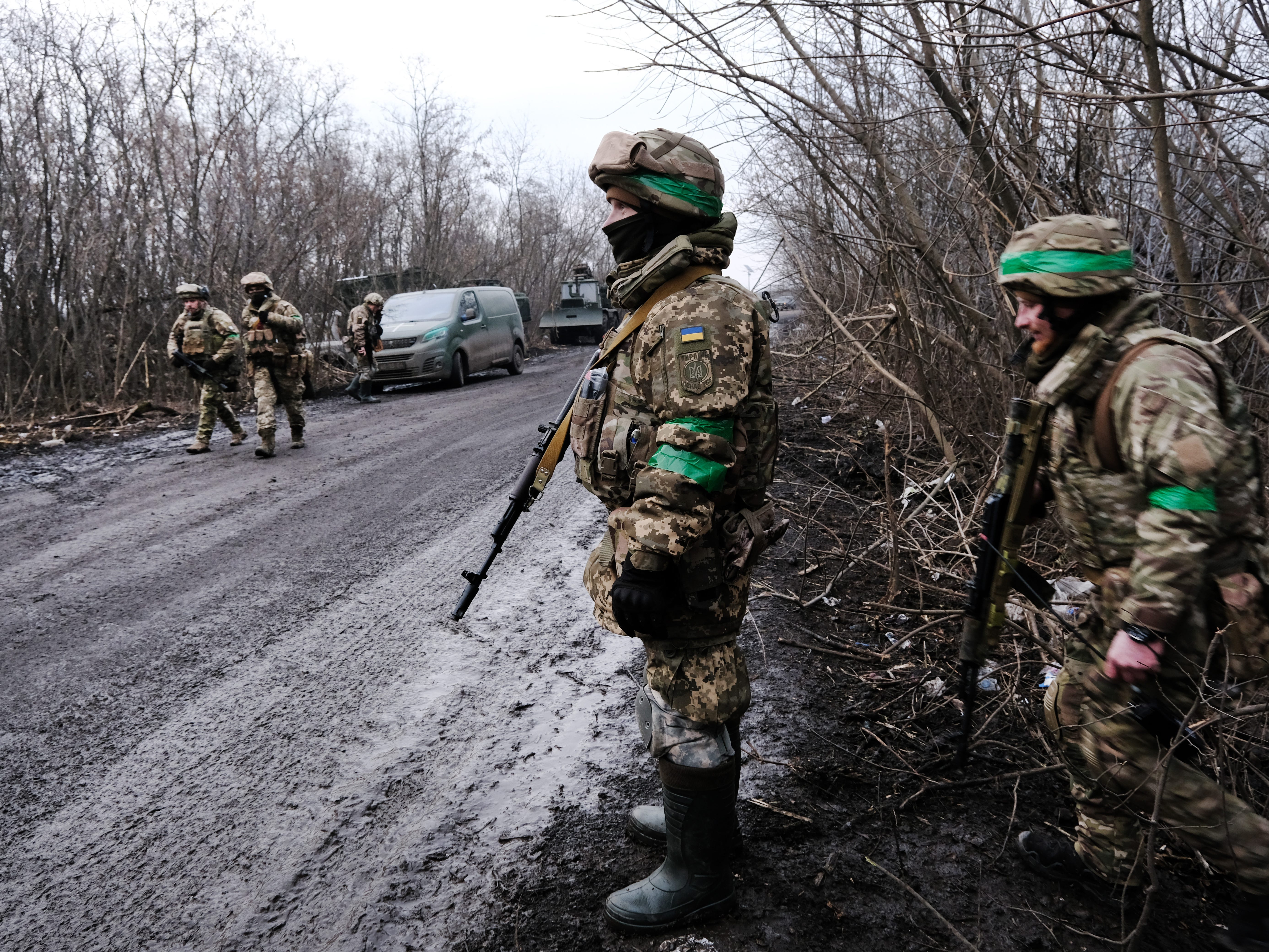 Ukrainian soldiers shelter in the woods along a road outside of the strategic city of Bakhmut on January 18, 2023 in Bakhmut, Ukraine.

“Attacking areas where the enemy is strongest and best prepared is generally not recommended in war,” he said.

Ryan noted that Russia’s offensive underscores Putin’s desperation to notch a victory in any way, as the Russian armed forces have so far been unable to achieve any of Russian leadership’s major objectives during this campaign — which has been described by top Western officials and leaders as a failure.

“Putin needs something before the one-year anniversary of his Ukraine invasion that he can portray to the Russian people as worthy of its costs,” the former general said, noting “Soledar and Bakhmut fit this bill.”

A senior US military official said last week that fighting around Bakhmut was “really severe and savage,” with thousands of rounds of artillery fire exchanged between the two sides.

The British defense ministry wrote in a Wednesday intelligence update that Ukrainian forces this week had “highly likely” withdrawn from Soledar, just north of Bakhmut, ceding control to Putin’s troops and Wagner fighters.

In its daily briefing, the General Staff of the Ukrainian Armed Forces said Moscow’s main efforts now are focused on “conducting an offensive along the Bakhmut axis.”

The Institute for the Study of War, a Washington-based think tank, wrote in an analysis last week that Russian control of Soledar does not represent an “operationally significant development” that will necessarily lead to the capture of Bakhmut.

It said Russia has “overexaggerated” the importance of the town, which is not a worthwhile victory given the costs of fighting.

Speaking to defense chiefs in Brussels on Wednesday, NATO Deputy Secretary General Mircea Geoană warned that Putin is preparing for a “long war,” and the military alliance should be prepared “for the long haul.”

“We need to ramp up our industrial capacity to manufacture weapons and ammunition and work closely with the defense industry to replenish our own stocks,” Geoană said, according to a transcript of his speech. “It matters for Ukraine and for our own deterrence and defense.”