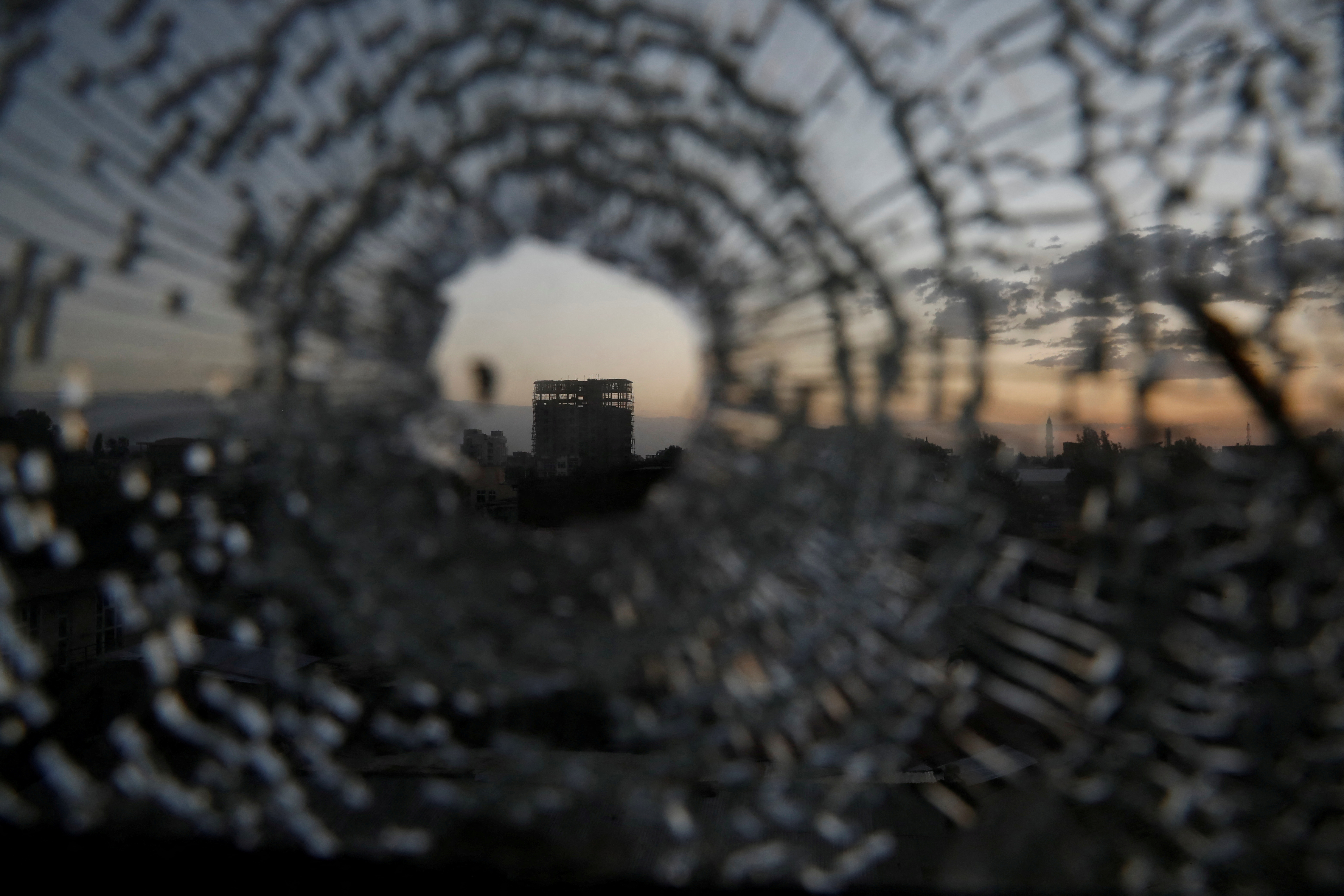 A building is seen through a bullet hole in a window of the Africa Hotel in the town of Shire, Tigray region, Ethiopia, March 16, 2021. REUTERS/Baz Ratner/File Photo

Large numbers of Eritrean troops have left the town of Shire in Ethiopia’s Tigray region where they fought in support of government forces during a two-year civil war, a resident and two humanitarian workers told Reuters on Saturday.

The Eritrean forces’ continuing presence in Tigray despite a November ceasefire agreement between Ethiopia’s government and Tigray regional forces that requires the withdrawal of foreign soldiers is seen as a key obstacle to a lasting peace.

The Tigray war is believed to have resulted in tens, if not hundreds, of thousands of deaths and forced millions to flee their homes.

It was not immediately clear if the troops’ movements out of Shire, one of Tigray’s largest towns, was part of an Eritrean withdrawal from the region or merely a redeployment.

Witnesses and an Ethiopian official reported last month that Eritrean soldiers were leaving Shire and two other major towns, but many ended up staying behind.

Eritrean Information Minister Yemane Gebremeskel did not immediately respond to requests for comment.

A Shire resident said the Eritrean convoys were seen leaving the town from early in the morning until about 5 p.m. on Friday.

“I have counted 300 cars,” said the resident, who asked not to be identified for safety reasons. “They left with their heavy weapons too.”

A humanitarian worker in Shire, who also requested anonymity, told Reuters he had seen hundreds of cars packed with soldiers headed north towards the border. All Eritrean troops in the town seemed to have left by Friday evening, he said.

A second aid worker said hundreds of Eritrean vehicles had left Shire but that some soldiers remained in the town.

Redwan Hussien, the Ethiopian prime minister’s national security advisor and a member of the government’s negotiating team, did not respond to a request by Reuters for comment. Neither did Tigray People’s Liberation Front (TPLF) spokesman Getachew Reda.

During the war, Eritrean troops were accused by residents and human rights groups of various abuses, including the killing of hundreds of civilians in the town of Axum during a 24-hour period in November 2020. Eritrea rejected the accusations.

Eritrea considers the TPLF, which leads Tigrayan forces, its enemy. Eritrea and Ethiopia fought a border war between 1998 and 2000, when the TPLF dominated the federal government.