The second major accident in the Mexico City metro in as many years and a series of recent mishaps in the transport system have piled pressure on Mayor Claudia Sheinbaum, one of the favorites to become the country’s next president.

The Jan. 7 train collision that killed one person and injured 57 and other glitches have shone a harsh light on Sheinbaum’s administration just as she bids for the candidacy of President Andres Manuel Lopez Obrador’s National Regeneration Movement (MORENA) for the 2024 presidential elections.

Reports of cut cables, objects thrown onto tracks and other damage prompted MORENA’s secretary general to call out “sabotage”, and Sheinbaum called in 6,000 National Guard members to police metro stations, saying they will guarantee security after “intentional incidents” that are under investigation.

Critics, however, have questioned that move as a bid to distract from a lack of investment and maintenance in the network that carries millions of people daily.

“The metro is possibly the Achilles heel of Claudia Sheinbaum’s presidential aspirations,” said Jorge Bravo, a political scientist at the National Autonomous University of Mexico (UNAM), explaining that the network is regarded as a vital test of her ability to govern.

There are signs it may already be hurting her.

A January poll by newspaper El Financiero, conducted partly on the day of the fatal accident, showed support for Sheinbaum falling from December by five percentage points to 41%.

Behind her, backing for her closest rival, Foreign Minister Marcelo Ebrard, rose to 38% from 36%.

Sheinbaum’s office did not immediately respond to a request for comment.

Meanwhile, a war of words has broken out between MORENA and the metro workers’ union, which operates the network and whose leadership has been in place since the 1970s.

Some MORENA lawmakers blame the union for the metro’s woes, accusing it of trying to hurt Sheinbaum. The union has dismissed the accusations, arguing problems arose because her government – and its predecessors – did not invest enough in the metro.

Sheinbaum has publicly vowed to spend more on the metro, but government data analyzed by think tank Mexico Evalua shows maintenance dipped during the pandemic. The metro’s budget did increase by more than 3 billion pesos in 2022, a nearly 25% boost. Funds, however, were likely prioritized for problem areas, Mexico Evalua said, including Line 12 which suffered a fatal accident in May 2021 that killed 26 people.

Calling in the National Guard risks backfiring if the city prioritizes its deployment over maintenance or replacement of old parts, said Eduardo Miranda, a structural engineering professor at Stanford University.

“If accidents continue, like a cable or the signal system breaks, the National Guard is not going to detect that or make a difference,” Miranda said.

Governments have been hesitant to invest more in the metro’s maintenance because repairs are less visible than other projects, and also to raise its five peso ($0.26) fare to avoid upsetting the public, argued Mariana Campos at Mexico Evalua.

“They haven’t given it the importance it deserves and they’ve taken too many risks,” Campos said.

The metro problems come as Sheinbaum is still under scrutiny for her response to the 2021 fatal overpass collapse, said a Mexican government official, who nevertheless argued the union was trying to undermine her.

The city commissioned Norwegian firm DNV to investigate the incident, which identified maintenance as one of the causes. But Sheinbaum rejected the findings before they were public, and threatened to sue DNV. Her attempt to suppress the report undermined her credibility, the official said.

To be sure, Sheinbaum has navigated pitfalls in the past. A school collapse that killed 19 children in a 2017 earthquake happened on her watch as a district mayor of Mexico City.

She filed a criminal complaint accusing two prior attorneys for the district of failing to enforce the law after discovering illegal construction, and became Mexico City Mayor in 2018.

Now, Lopez Obrador has backed her decision to use the National Guard, in a clear sign of support for her.

Yet that could lead to more criticism from opponents that she struggles to manage crises, said Bravo at UNAM.

“Claudia is showing that she cannot do it alone,” he said. 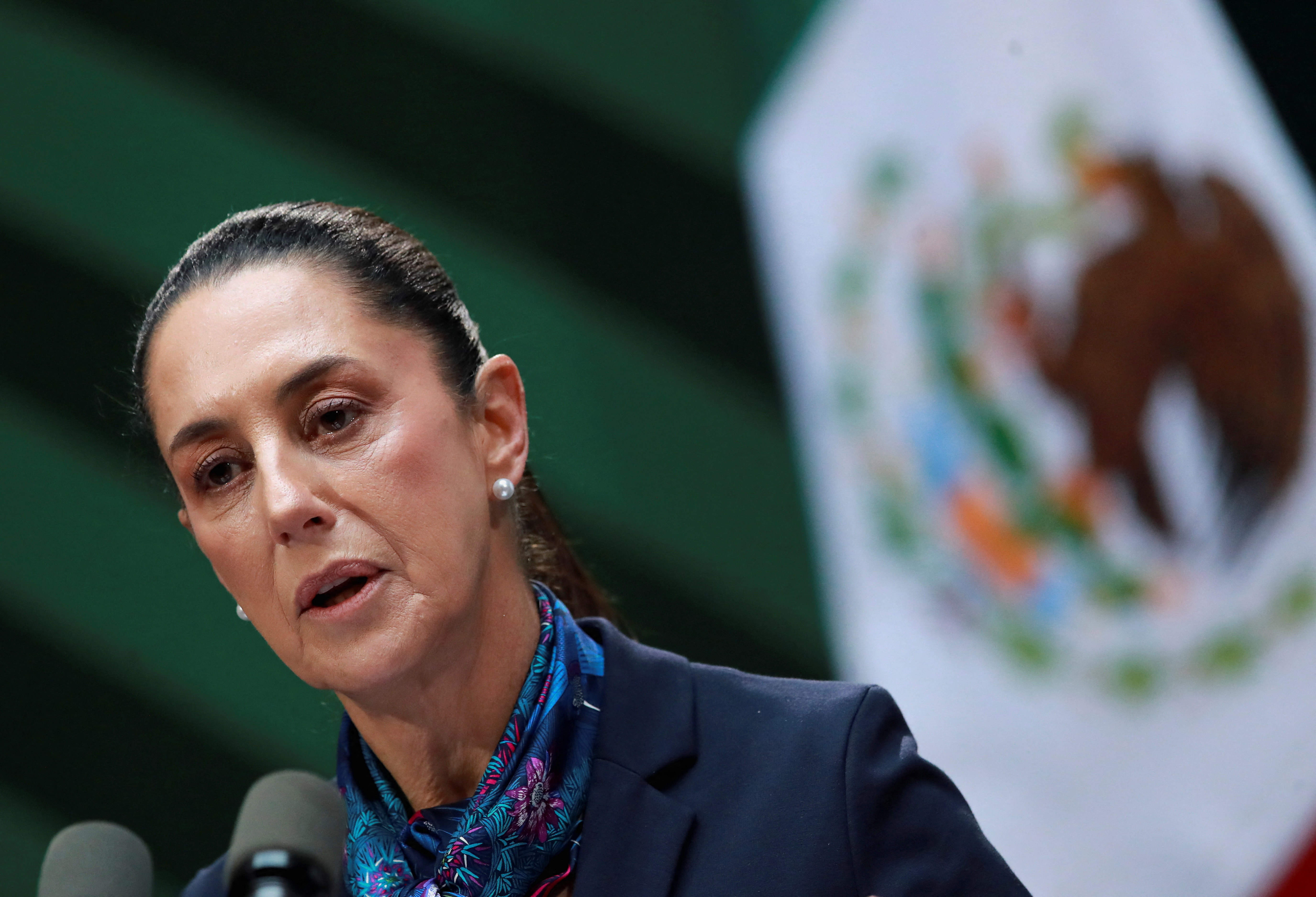 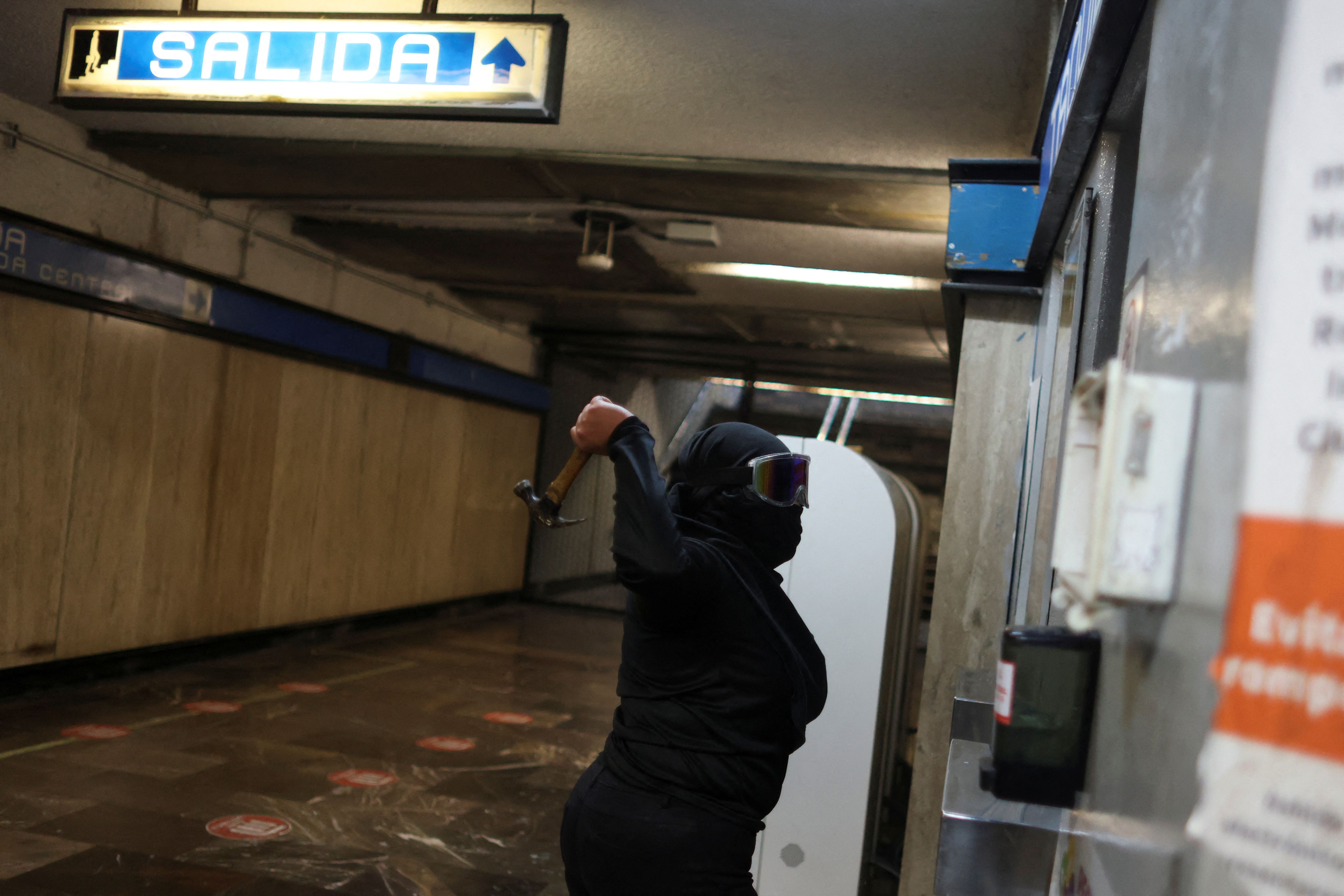 A demonstrator vandalize the Bellas Artes subway station during a protest against the deployment of the National Guard to stations and other facilities of the Metro system after a series of incidents in Mexico City, Mexico January 13, 2023. REUTERS/Gustavo Graf 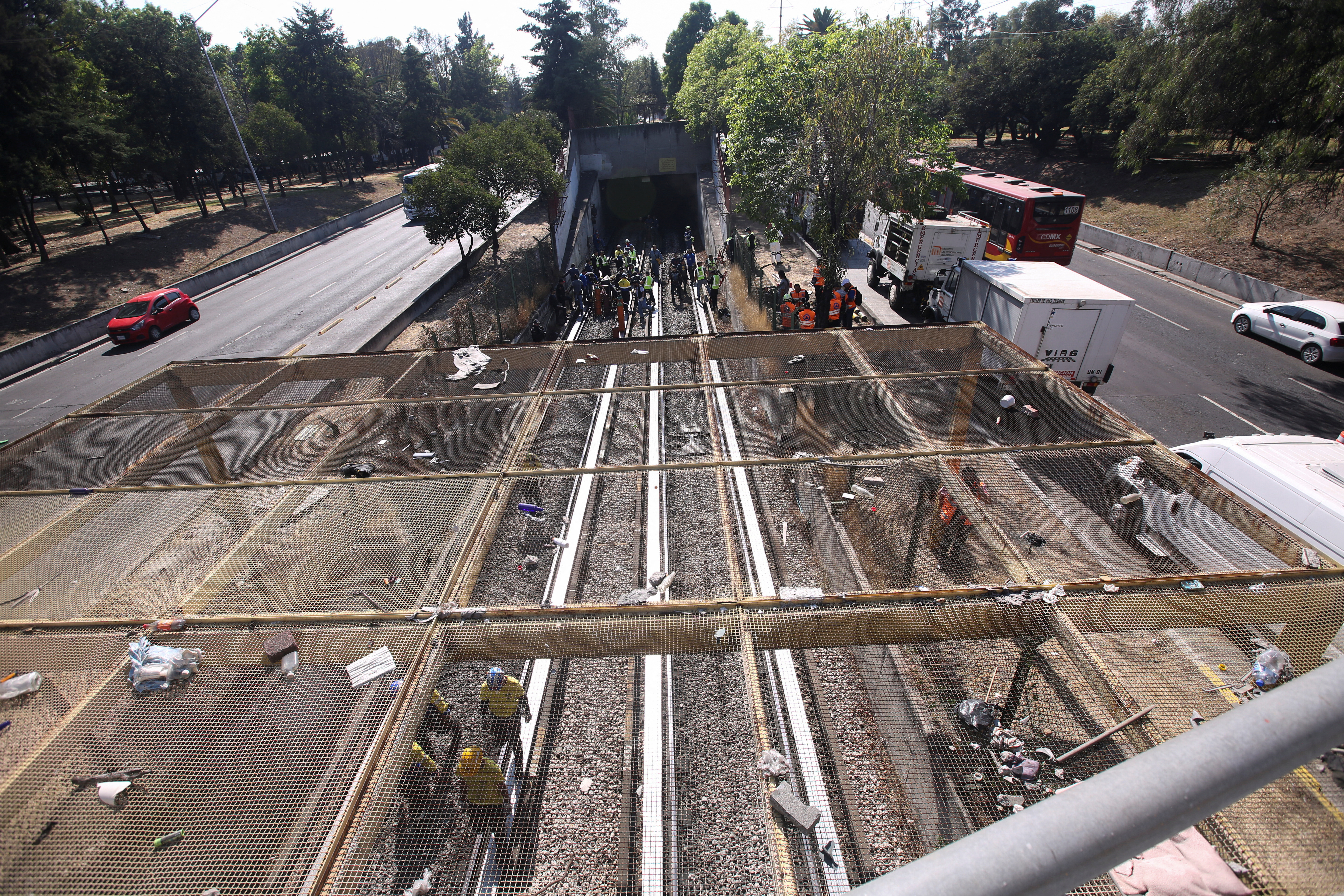