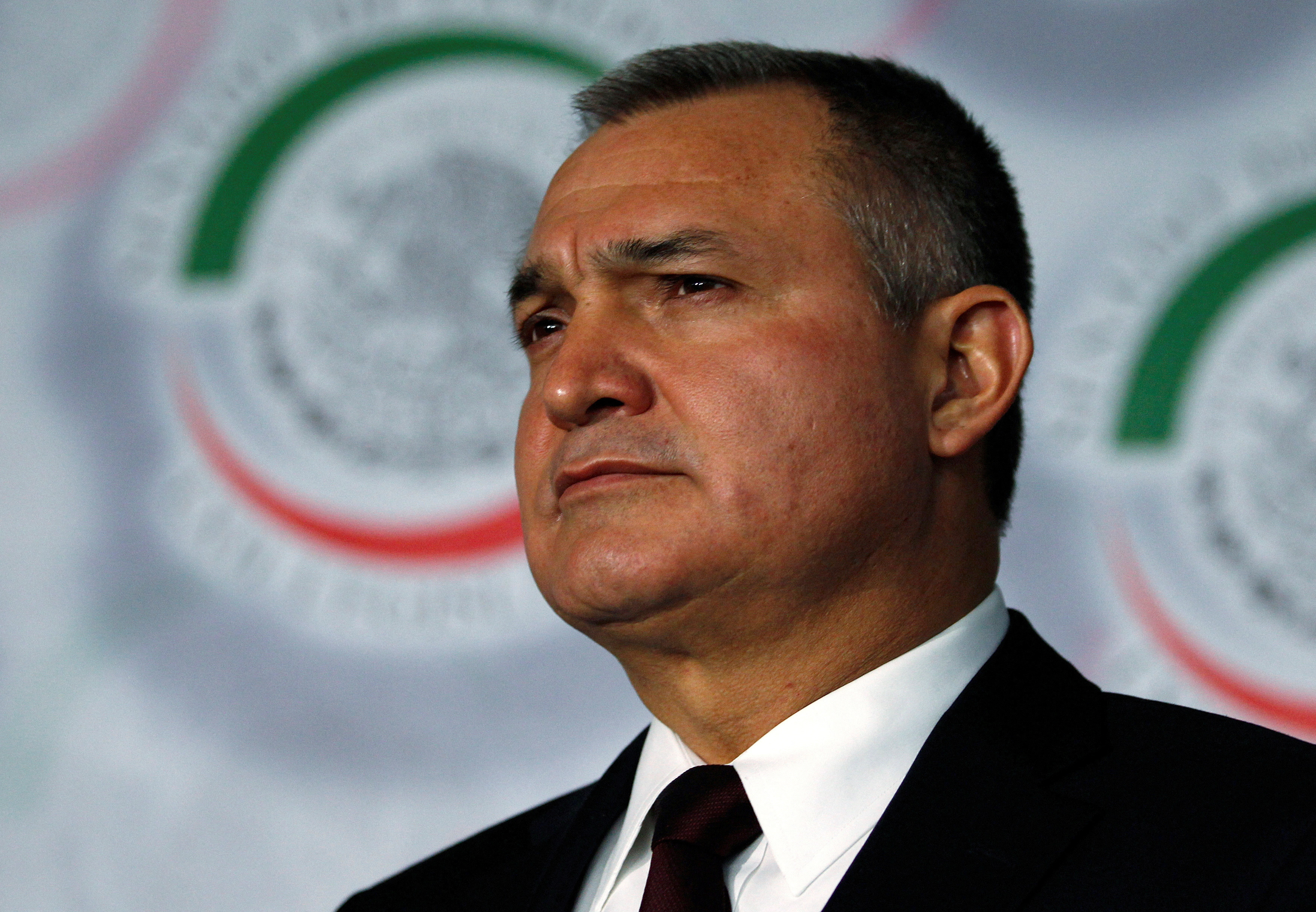 Opening statements are set to begin on Monday in the U.S. trial of a former Mexican law enforcement official once in charge of cracking down on drug trafficking, who now stands accused of taking bribes from the powerful Sinaloa Cartel.

Genaro Garcia Luna led Mexico’s Federal Investigation Agency from 2001 to 2005 and was Public Security Minister from 2006 to 2012, during which time he worked closely with U.S. counter-narcotics and intelligence agencies.

He pleaded not guilty in 2020 to U.S. charges that he accepted millions of dollars to protect the cartel once run by imprisoned drug lord Joaquin “El Chapo” Guzman.

Garcia Luna, who was arrested in 2019 in Texas, is one of the highest-ranking Mexican officials to be accused of aiding drug trafficking groups, and there is considerable speculation inside Mexico about whether the trial could embarrass former officials, or even ex-presidents.

Garcia Luna ran public security under former President Felipe Calderon, who sent in Mexico’s armed forces to tackle the drug gangs and put clamping down on organized crime at the center of his 2006-2012 administration.

“It’s all going to come out,” he told a news conference, saying that U.S. officials should be called to testify if they were involved in events under investigation.

Following Garcia Luna’s arrest, Calderon expressed profound shock and issued a statement saying he was completely unaware of what his former security minister is alleged to have done.

The former president urged the “full force of the law” to be applied in the event Garcia Luna was found guilty.

Garcia Luna has previously accused drug traffickers of leveling false allegations against him as revenge for the actions he took against cartels. His lawyers have said in court papers that their client “had no wealth to speak of” upon moving to the United States in 2012, but later made money from his work as a security consultant.

During Guzman’s trial in 2018, the brother of one of his partners testified that he had given Garcia Luna a suitcase containing $3 million in 2005 or 2006, and paid him another $3 million to $5 million in 2007. Garcia Luna at the time called those allegations “defamation” and without proof.

Guzman was sentenced to life in prison in 2019 following his conviction in Brooklyn on drug trafficking and murder conspiracy charges. He is held at a high-security “Supermax” prison in Colorado.

Mexico’s government in 2020 issued an arrest warrant of its own for Garcia Luna on charges of illegal enrichment. Mexico also sued Garcia Luna in Florida, where he had been living before his 2019 arrest, in an effort to recover what it called illegally obtained assets. The case is ongoing.