Russia’s relentless barrage of missile and drone attacks on Ukraine in recent weeks signals a horrific escalation of its multi-front war. Russian President Vladimir Putin first wanted to take over the country. Now he wants to shut it down.

Failing on the battlefield, Putin is stepping up his assaults on Ukrainian society. In so doing, he is changing the very nature of the war. Russian forces are committing genocide, war crimes, and crimes against humanity. They have killed thousands of civilians. They are trafficking in children. They are bombing hospitals, schools, homes, and factories. They have targeted subways, railways, and highways. Their hackers sow disinformation and have infiltrated government and financial institutions. Moscow is doing what it can to destroy, degrade, or disrupt the flows of energy, food, water, medicines, goods, services, data, and information that sustain Ukrainian life. These attacks are evidence that the Kremlin is now implementing a recently developed approach known as Strategic Operation for the Destruction of Critically Important Targets, or SODCIT. This concept targets the critical societal functions of a society, rather than just its military forces.

The Ukrainian people have won global admiration by refusing to back down in the face of Russia’s onslaughts. They are determined to persevere in what their president, Volodymyr Zelensky, calls “a war of strength and resilience.” Ukrainian forces have won back over half of their territory lost to Russia since February.

Nonetheless, challenges off the battlefield threaten to erase Ukraine’s frontline gains. The World Bank projects Ukraine’s economy to shrink by 35% this year. Inflation looks to spike to 30%. Ukraine’s health system is “facing its darkest days in the war so far,” according to the World Health Organization (WHO). Nearly half of Ukraine’s energy grid was knocked out by Russia’s recent strikes. Practically all big thermal and hydroelectric power plants have been damaged. People across the country are suffering from serious degradation of essential services, including access to clean water, sanitation, fuel, and electricity. Regions are implementing rolling blackouts.

The dangers of a humanitarian disaster are very real. Six million Ukrainians are now displaced within their country, and an additional 7.8 million people have sought refuge elsewhere. This is already the largest displacement of people in Europe since World War II, and the WHO warns that three million more Ukrainians are likely to leave their homes this winter.

Don’t ask, “when will this end?” Ask “how will this continue?”

As the war drags on, weary pundits and politicians are fond of asking, “When will this end?” We will do better by asking ourselves, “How will this continue?” because it is likely to get worse before it gets better. Prospects for a near-term settlement, or even a patchy cease-fire, are dim. Putin is doubling down, not giving up.

Instead of pondering abstract endgames, Kyiv and its partners must focus on what they can do specifically, now, to prevent the conflict from spreading. One important step is to prioritize the type of military assistance that will address Putin’s revised tactics. Tanks, artillery, armored personnel carriers, and anti-tank rocket launchers remain important to the war on the ground. They are Ukraine’s sword. Now Ukraine needs a shield: an integrated air and missile defense system that can thwart Putin’s aerial assaults.

The United States and its allies are moving in this direction. They have provided advanced surface-to-air missile systems, shoulder-fired man-portable air defense systems, and self-propelled anti-aircraft gun systems. In addition to providing more of the same, they need to give the Ukrainians even more capable systems.

A second urgent need is to move from on-the-fly assistance to more structured and sustainable long-term support. Steps are being taken on the military front. The Pentagon is standing up a new joint forces command in Germany, called the Security Assistance Group Ukraine, to train and equip Ukraine’s military for what is likely to be a long haul. The European Union’s Military Assistance Mission will also train Ukrainian forces, and its European Peace Facility (EPF) continues to finance arms deliveries. However, those transfers have already exhausted nearly all of the EPF’s €5.7 billion budget, originally intended to last until 2027. Either a dedicated Ukraine support fund needs to be established, or the fund needs to be replenished. EU leaders are discussing a plan to add another €5.5 billion to the kitty.

Military efforts are only part of what is needed to help Ukraine win a war that is now as much about strengthening resilience as about defending territory. Non-military support has been a nine-month scramble to address urgent humanitarian needs, patch damaged infrastructure, and support ongoing Ukrainian government operations and emergency services. Yet Western officials admit that they failed to anticipate Moscow’s more expansive tactics, even though Zelensky has warned that “the financial frontline for Ukraine is now as important as the frontline on the battlefield.”

The Biden administration has pledged an additional $53 million-worth of equipment to help Ukraine repair its energy infrastructure, and is pressing others to give similar aid. But it is now clear that ad hockery will no longer do; a more sustainable effort is required. Washington and other allies are looking to set up a group to coordinate on energy infrastructure, much like the U.S.-initiated Ukraine Defense Contact Group, which coordinates arms shipments among dozens of countries. While this is an important step, consideration might be given to embedding coordination on energy within a broader resilience coordination support mechanism, since disruption is not limited to the energy sector alone.

Progress could be made at a donor conference slated to be held December 13 in Paris to bolster Ukraine’s civilian resilience. Discussions are also under way to create a financial coordination platform, perhaps under the auspices of the G-7, co-chaired by the United States, the EU, and Ukraine, and including international financial institutions, to coordinate financial assistance to Ukraine and prioritize immediate and long-term recovery needs. Robust anti-corruption efforts will be essential, given Ukraine’s dismal record on this front.

Stopping the conflict’s spread also means stemming the waves of disruption that Moscow is unleashing beyond Ukraine. NATO has so far shielded its troops from Putin’s war. The same cannot be said for NATO’s societies. Putin has been clear that he is intent on exacerbating social and economic problems that will “split” European societies, “inevitably lead to populism … and a change of the elites in the short term,” and weaken European support for Ukraine. Russian gas and oil flows have slowed to a trickle, and Moscow has possibly sabotaged Nord Stream gas pipelines in the Baltic Sea. European societies face more than price spikes, cold apartments, shuttered factories, and job losses: An analysis by The Economist concluded that the energy crunch is likely to cause over 100,000 deaths in Europe this year – more than the number of Ukrainian soldiers who have died so far.

Putin has more arrows in his quiver. Moscow is generating surges of Ukrainian refugees that threaten to swamp Ukraine and its neighbors. It is disrupting critical flows of food and other commodities to countries around the world. It uses Ukraine as a testing ground for its cyberwarfare capabilities. If something works there, Moscow takes it on the road. The precursor to the SolarWinds attack in the United States, for instance, was the NotPetya attack in Ukraine. Russian cyberattacks on Ukrainian command and control in February ended up disabling tens of thousands of communications terminals outside the country. In September, Russia’s cyber-military unit Sandworm launched disruptive malware it had used against Ukraine at Polish-based logistics hubs. What happens in Ukraine doesn’t stay in Ukraine.

Needed: A strategy of shared and forward resilience

Until recently, NATO’s resilience efforts were limited to identifying country-by-country benchmarks for critical infrastructures. Only at the June 2022 Madrid Summit did allied leaders agree to apply shared resilience to military and non-military challenges. The test now comes with implementation. Allies must go beyond critical infrastructures to review key industries, financial flows, strategic ports and transportation nodes, supply chains, communications and information networks, and other connective tissues that bind allied societies together. For instance, Germany and Norway have urged NATO to set up a resilience hub to coordinate the police, maritime authorities, and communications of littoral countries of the Baltic and North Seas.

Allies must also be prepared to project resilience forward to non-NATO partners. Allies should complement their efforts at forward defense, which stop at NATO’s edge, with a comprehensive strategy of forward resilience, which would extend to vulnerable democratic partners beyond NATO’s borders. Together with the EU, they should make it a strategic objective to help countries like Ukraine, Moldova, and Georgia resist Russian destabilization and disruption.

Resilience may begin at home, but in today’s deeply interconnected world, no nation is home alone. The United States and its allies must do everything they can to help Kyiv resist Russia’s assaults, because Ukraine is emblematic of a broader ongoing struggle between forces of disruption and resilience. Ukraine must win, both off and on the battlefield. Its fight is our fight too. 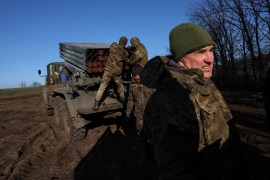